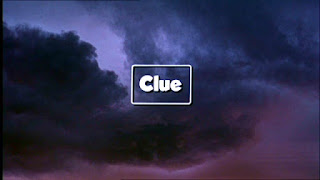 Based on popular board game.

A group of people are invited incognito to dark mansion. Butler Wadsworth (Tim Curry) and busty maid Yvette (Colleen Camp) welcome the six visitors. The host of the evening is Mr. Boddy's (Lee Ving). The doors are locked and no one can get out. All the invitees have dirty secrets and Mr. Boddy is blackmailing them. Professor Plum (Christopher Lloyd) is a sex maniac,  Mrs. White (Madeline Kahn) killed her husband and so on. Everyone is given a weapon. Then lights go out and Mr. Boddy is murdered until he dies from it. All have their motives but who did it?

How and Why America Was Hit So Hard B…
West Runton Camping & Caravanning Clu…
How to Leverage Entrepreneurship and …
How Can Pen Name Change Your Life?
Fashion Rugs
The visitors try to solve the murder and avoid being the next victim as bodies start to pile up. Seemingly random people visiting the house are not safe either. "I suggest we stack the bodies in the cellar, lock it, leave quietly one at a time and pretend none of this ever happened."
Rating: