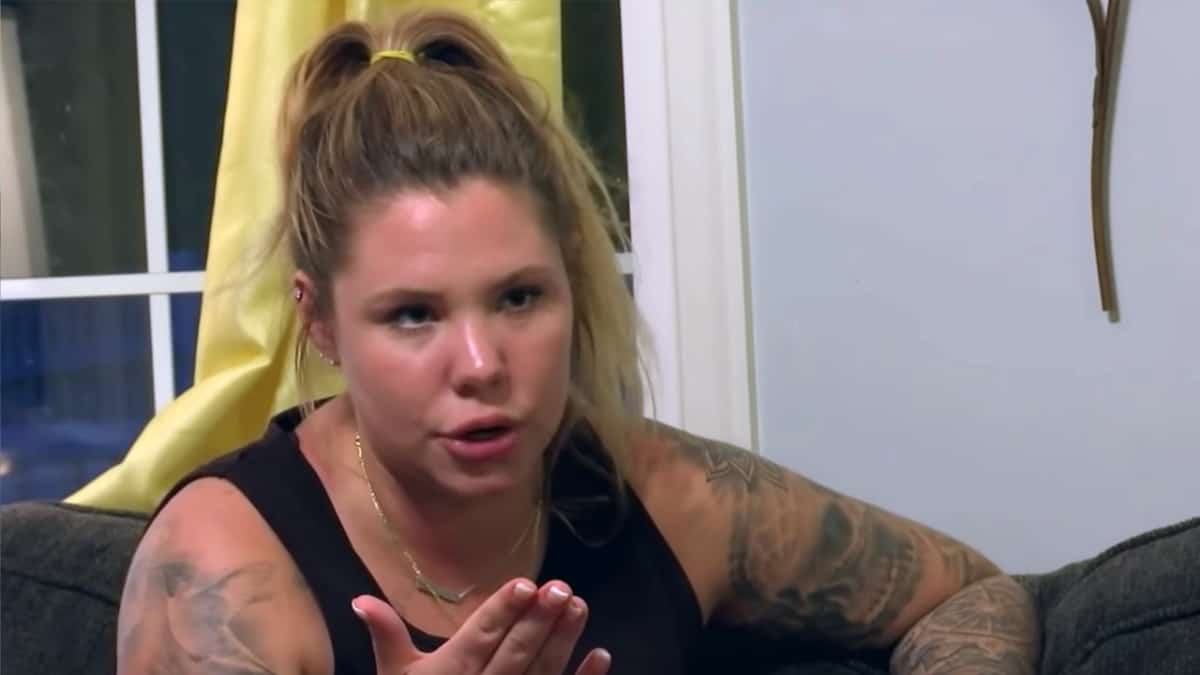 Teen Mom 2 star Kailyn Lowry is no stranger to controversy.

So, when she recently posted a text Message exchange she claimed she had with a delivery driver, fans were reportedly quick to call her out.

Cat Coronavirus Diary – Day 17
ఆ ఇద్దరు యువ దర్శకులకు చిరంజీవి గ్రీన…
How to Set a Deadline and Achieve You…
You Say Covid-19, I Say Hangar 18!
What is Conversion Tracking? How to S…

The text message exchange was shared as part of an advertisement for the Peanut but her followers thought it was downright ridiculous.

Join these Teen Mom discussions on our forum!

One person guessed that the whole thing was fake.

In reality, Kailyn didn’t need to post the text message. In the message, she asked someone if it was normal for her to throw up during the second trimester.

The person replied that it was her delivery driver and suggested that she go see a doctor since she’s throwing up every meal.

Guys, the pregnancy brain is real. I just messaged my delivery driver instead of my friend on @peanut . I'm dying!! 😂🙈 I've been having issues keeping food down and I started to worry that I'm depriving the baby, so I decided to message my friend from the @peanut app. I'd been speaking to her for a while and I knew she was going through the same thing. I just wanted to know if something was wrong! Anyway, I'll always make sure I click on the right app now. Lesson learned! 😂

In the caption, Kailyn revealed that she got confused because of her pregnancy brain. However, while she thought it was funny, her followers didn’t seem to think so.

Since posting the advertisement, Kailyn has closed the post for comments. But The Blast managed to grab a few of the replies before she closed it up.

“Fakest ad I have seen yet, love you kail but we all know this wasn’t true,” one person wrote to Kailyn, while others chimed in with, “Yeah, because your delivery driver would know wtf “peanut” is,” “#fake #ad #peanut are all the hashtags you forgot to add,” and “Yeah you didn’t send that message. You ain’t fooling anybody with these paid partnerships lol.”

Kailyn Lowry is dealing with plenty of real drama

Kailyn is dealing with plenty of real drama these days, as she’s going through this pregnancy. She recently denied financial trouble when she told a group of followers that she owns three houses. This is something she doesn’t talk about on Teen Mom 2, even though she just purchased a new house last summer.

Just this week, Kailyn made headlines after she posted and then deleted an awkward maternity photo that she had taken in Iceland. In the photo, she’s posing naked with a horse in a barn in the middle of Iceland. She posted it to Instagram but removed the photo within 40 minutes.

She later admitted that posting the photo didn’t go as planned. Fans wanted to know why she deleted the photo, but she never provided a reason. For now, fans will have to do without the photo.