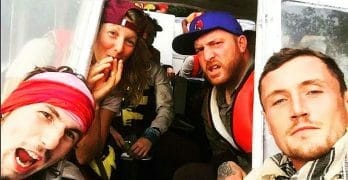 Parker Schnabel’s mining exploits are pure Gold for Discovery – and the network is now rolling out a second season of Parker’s Trail, set in Guyana in South America. Gold Rush: Parker’s Trail is back March 30, and this trip will up the ante from the Gold Rush: The Jungle one-off which featured the Hoffman crew back between seasons two and three. If you remember, Hoffman and several crew members traveled to a remote site in Guyana in South America to determine the viability of opening up an operation there during the Klondike off-seasons. They did find gold on the...read more

Vigilante: The spiritual successor to…
iHerb – 38% off LactoBif Probiotics
What do the Great Commission and plas…
How to Soften a Beard: 6 Effective Ti…
List of 10 Fastest-Growing Stocks und…


This post first appeared on Monsters And Critics, please read the originial post: here
People also like
Vigilante: The spiritual successor to Kung-Fu Master
iHerb – 38% off LactoBif Probiotics
What do the Great Commission and plastics have in common?
How to Soften a Beard: 6 Effective Tips & Methods
List of 10 Fastest-Growing Stocks under $5 Dollars 2022