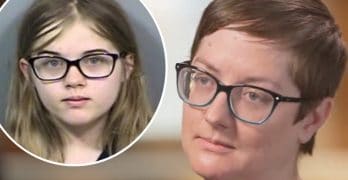 Morgan Geyser, one of the two teenagers who stabbed their friend 19 times to appease the online character Slender Man, penned a Letter to her Victim Ahead of her sentencing. The letter was read out by the 15-year-old’s mom in an interview with ABC 20/20 as the teenager was sentenced by a judge to spend 40 years in a mental hospital. She had pleaded guilty to attempted first-degree murder as part of a deal with prosecutors to avoid going to jail. Anissa Weier, 16, with whom she carried out the attack, was sentenced in December when she was ordered to spend...read more

How To Keep A Patio Cool – Beat The H…
Most unpredictable move: Premier Leag…
How To Invest in Real Estate With no …
Work From Home Jobs
How to Create a Customized Diet and W…


This post first appeared on Monsters And Critics, please read the originial post: here
People also like
How To Keep A Patio Cool – Beat The Heat
Most unpredictable move: Premier League giants are set to complete the shocking signing of Chelsea's Mason Mount.
How To Invest in Real Estate With no Money in 2023
Work From Home Jobs
How to Create a Customized Diet and Workout Routine
This Is What You Should Do If You’re Laid Off
React JS, Node JS & Angular JS: Which One is The Best For Web Development?
Installing a Garage Epoxy Floor Coating
Transforming Business
SALVADOR DALI AND RELIGION