Married at First Sight star ‘not comfortable’ around his new wife 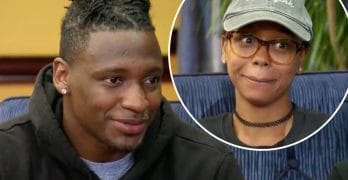 One of the new stars of Married at First Sight has revealed he is “not comfortable” around his new wife. Jephte Pierre, 26, said he views Shawniece Jackson, 29, as a “stranger” and that it takes him time to feel at ease around people he doesn’t know. Watch our exclusive clip from this week’s Married at First Sight episode, Season 6 Episode 3, in which the couple meet with Boston-based psychologist and professor Dr. Jessica Griffin to discuss how they are feeling so far about the marriage. Jephte is evidently moving at a slower pace than Shawniece, and it is clear...read more

Married at First Sight star ‘not comfortable’ around his new wife