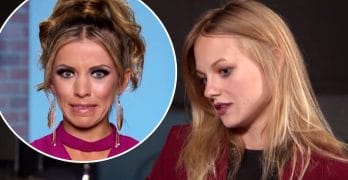 Things get steamy on this week’s Little Women: Dallas, as Amanda Loy Dates a girl for the first time ever. The reality star gets kissed by Cassidy — who the show’s network Lifetime have described as her “new girlfriend” — during a date at a bar. Cassidy tells her: “I knew I was drawn to you but, like, wow, you are definitely attractive. ” When Amanda tells her she’s “never personally dated women”, Cassidy leans in for a kiss. It comes after Cassidy made the first move by asking to swap numbers, leaving Amanda stunned, saying: “I think Cassidy just...read more

How to Create a Winning Black Friday …
Ripple’s Swell Conference Despite the…
Why Buy A Novelty Diploma?
Persian Rug Flower Designs Meaning
Bloggers Get Real: Mel of Book Review…