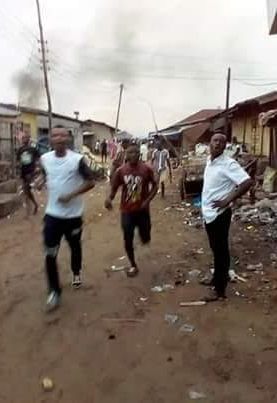 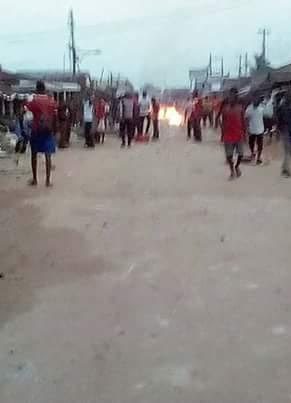 Fresh news nreport revealed that two days ago, we reported the brutal murder of one Mr. Solomon Ejor. The iron bender/welder from Urhuoka - Abraka was hacked to death by Fulani Herdsmen on Monday, April 24.
As we report this new details have emerged on the circumstances surrounding his death. According to eyewitnesses from the community, the deceased usually spray insecticides on his Farm for protection. After the cut is a slightly different account of the incident:
"The Herdsmen earlier warned him to stop using the
insecticides because it kills their cattle should in case their cattle graze the cassava. But the deceased needed to protect his crops against insects and pests.
"As at 3pm, Monday 24th, lreport has it that all Hausas in Abraka were fully armed to the teeth to the full view of everyone even the military.
"In the recent past, each time Solo Ejor's mother go to her farm, the Fulani heardsmen will warn her not to come back to the farm.
"She was said to have gone to the farm on this said day to cultivate her cassava for the days market sales, because that is the only way for her to survive.
"While working in the farm, the Fulani herdsmen appeared suddenly with guns, battle axes and other dangerous weapons and started pursuing the old woman. She used her wisdom as her strength can not help her to outrun the rampaging herdsmen by hiding somewhere.
"When the Abokis could not catch her but continued the search, she managed to call the son, Solo Ejor. Ejor went to the farm to search and rescue his lovely mother to safety before the dangerous herdsmen pounced on her but unfortunately he was killed during the process.
The mother of the deceased is still alive. She has been taken to her village, Ogbeje-Urhuoka." 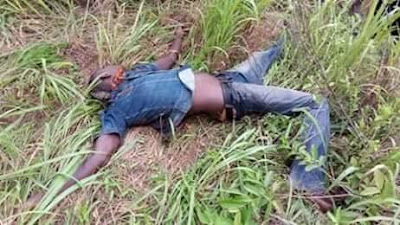 Everybody wants me, so when do I self…
Trailer Crushes 20 People To Death Wh…
Remembrance Day, as Seen Through the …
Amazon Scams And Dirty Tactics For CB…
Starting a CBD Business