Makarfi to Buhari: If you are ill hand over to Osinbajo 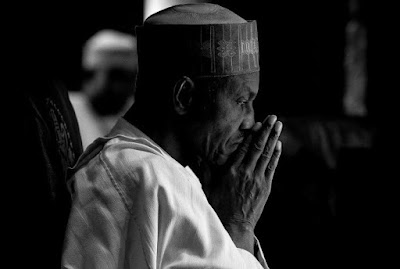 The latest report gathered revealed that Senator Ahmed Makarfi, factional leader of the Peoples Democratic Party PDP, has told President Muhammadu Buhari to resign and hand over to his vice-president who is fit to work and return after full recovery.

It is gathered that he made this open in an interview with newsmen when asked about Buhari’s absence at Federal Executive Council Meeting, FEC for two or more consecutive weeks.

He told newsmen, “It cannot be okay and it can never be okay. My take is that if the President is not fully fit to stay in office, it is better that he tell Nigerians, so that the Vice President will continue to be Acting President, exercising the powers of acting president.

“Then you run away from this kind of situation when we allow time for the President to fully recover and assume his mantle of leadership. Me as PDP person, as a human being, I will never wish any human being ill-will, even if I disagree with you politically.

“So, it does not matter that it is APC that is the person that is sick. My prayer is that he will be fit to serve his term.

“For a number of reasons, the PDP wishes the President well, for stability of this country, political stability and the fact that we want to defeat a sitting President.

“We don’t want any confusion politically in this country. It is not good for anybody and as a human being; I never wish anybody ill will irrespective of political differences.”

Sobriety In The Time of Quarantine: T…
Can CBD Be Used to Fight Coronavirus …
Exhibit D: Lipstick and rifles--Ukra…
The Circle of Life Sucks – Digging an…
A Comparison of the Environmental Imp…

Makarfi to Buhari: If you are ill hand over to Osinbajo