Buhari Disclosed Why He Barred Governors from Visiting Him in London 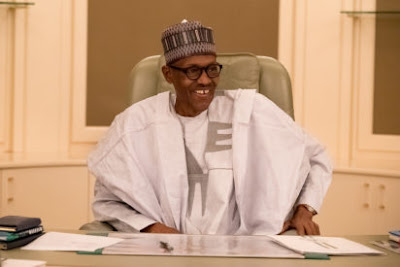 The Nigeria President Muhammadu Buhari has revealed the reason he did not allow Governors to visit him all through his 49-day medical vacation in the United Kingdom.


Base on report apart from Ibikunle Amosun of Ogun, no governor visited Buhari during his vacation.

While peaking on Thursday at the national economic council meeting chaired by Vice-President Yemi Osinbajo, Buhari said he stopped governors from coming to see him because he did not want “government to move to London”.

Buhari, who went round the council chambers to greet the governors one after another, apologised to them for over the development.

“I apologise to the governors for barring visits while I was away. I didn’t want government to move to London; I wanted it to remain in Abuja and I am glad it did,” he said.

He thanked them profusely for their display of “love and respect” to him, and commended them for working together.

The president said he was moved by how governors, irrespective of political differences charged their citizens to pray in mosques and churches for his well-being.

After narrating what he went through while in London, Buhari noted the suggestion by the governors for him to add more rest, but insisted that he would be relentless in the pursuit of the interest of the Nigerian people at all times.

This, according to him, was the only way to show his gratitude to the people who, he said, “had given so much to me.  I was overwhelmed by the celebration of my return all across the country.”

High profile politicians like Senate President Bukola Saraki; Ahmad Lawan, majority leader of the senate; Yakubu Dogara, speaker of the house of representatives; Bola Tinubu, national leader of the All Progressives Congress (APC); and Bisi Akande, former governor of Osun state, were among those who visited Buhari at the Abuja House in London.

Buhari Disclosed Why He Barred Governors from Visiting Him in London