DECADE TO DECADE: THE EVOLUTION OF THE FEMALE SWIMSUIT

Bikinis are considered the most liberating and probably the most sensual dress of the summer. The arrival of the sunny season marks an increase in the number of people arriving at the beach. In women’s Fashion, the one word most synonymous with beaches has to be Bikinis. And for all good reasons!

Searches for bikinis online spike as soon as the summers arrive. And this trend is certainly here to stay. Bikinis make an unprecedented fashion statement. And of course, help women feel beautiful in their own unique way. In this article, we intend on studying how bikinis have evolved over the years to help you understand that it is more than just fashion. Swimwear and bikinis have been a struggle and have a long history of moving from unacceptable to being a symbol of the summer season. 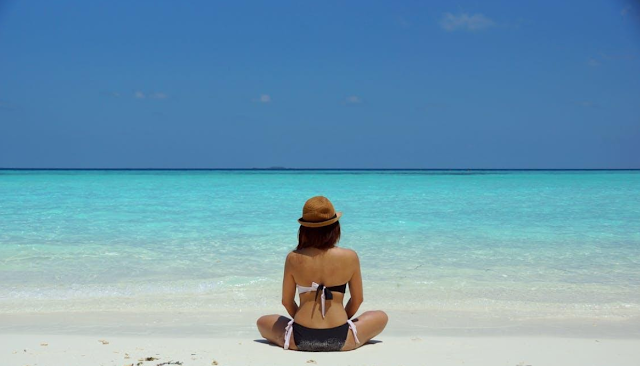 Until the arrival of the bikini in 1946, women wore one-piece swimsuits that covered their body for a matter of morality, but also not to expose her skins to the sun.

This piece became a symbol of feminine liberation. Two-piece swimsuits became common in the '90s, which was popularized by the Baywatch series which has just recently returned to the screen. Let us now review this indispensable garment decade by decade.

The1920s
It was from this time when the swimsuits became a fashion statement. Although times were still conservative, a part of the legs and arms being exposed was relatively acceptable. Most of the girls of this era wore swimsuits made of wool, and many of them complimented the outfit with stockings.

The 1930s
Elastic and satin materials began to be implemented in the designs during this era. The swimwear became much more comfortable and tighter in the bust area.
However, we had to respect the rules to wear these suits. On several occasions, the police were responsible for measuring the length and avoiding conflicts.

The 1940s: The arrival of the bikini
The story goes that Louis Réard, a French mechanical engineer, was in charge of his mother's lingerie company in the 1940s and decided to devote himself fully to clothing design. While spending his vacations on the beach of Saint Tropez, he noticed that women rolled up their long and uncomfortable swimsuits to get a better tan. This inspired him to design a swimsuit that had an exposed belly. But he had competition.

In May 1946, fashion designer Jacques Heim created a two-piece swimsuit he named "Atom" and which he advertised as "the smallest swimsuit in the world." However, it was not yet small enough to leave the navel exposed, one of the greatest taboos of the time.
When he set out to look for a professional model to use, nobody wanted to. That is why Micheline Bernardini, a 19-year-old Paris Casino nudist, was the first to pose in a bikini parade on July 5, 1946, in Paris. In fact, it was she who gave him her name because the garment was going to be "more explosive than the Bikini bomb", referring to the nuclear tests that the United States performed in the Marshall Islands, a hidden paradise in the Pacific Ocean.

The 1950s
For purely moral reasons, the bikini had to wait for its moment of prominence in the late '50s and early '60s, when one of its pioneers, Brigitte Bardot, boosted her production of the clothing in Saint Tropez and Cannes. Her popularity in the world of cinema and the media contributed to greater social and political openness in the West. Later, her role in
And God created the woman (1957) encouraged hundreds of women to dare.

In the United States, although some pin-up girls had begun to wear them, not all were encouraged. Jane Russell confessed that during the filming of the French line she asked to change her bikini for an entire piece since she felt "too naked".

The 1960s
During the '60s the bikini managed to make a dent in the women's wardrobe. Thanks to the nylon, it adapted to the female curvilinear body and the designs evolved until the low shot.

Beach culture and surfing spread in the United States and Beach Boys seem to go hand in hand. And Sports Illustrated magazine started publishing a special edition called Only Bikinis! making a compilation of the best bikinis of the whole year. The most famous image of the time corresponds to the James Bond film Dr No, where Ursula Andress stars in a very memorable scene in the collective imagination.

On January 20, 1964, the editor of the magazine 'Sports Illustrated' decided to publish the first cover with a bikini model, since, according to him, he could not collect enough sporting events and had to ask the fashion editor Jule Campbell that it will fill the space. Since then, the cover with the Babette March model marked the beginning of the magazine's Swimsuit Editions

The 1970s
The 70s welcomed the "triangles" and the lower part was also adjusted to a much smaller version leaving more skin exposed, but with a cut to the hip. Some theories point out that the reduction in the size of the bikini had to do with the appearance of the first thongs, brought to fame by Rudi Gernereich who designed a version of the garment in 1974 to address the nudist ban on the beaches of Los Angeles.

The 1980s
In this decade, there was an explosion of the garment. The two pieces of the eighties revealed much more body. From then on, bikinis settled in the wardrobe of women of all ages, statures, and styles, to show their figure and accentuate their curves.

The 1990s
The complete swimsuits had a revival thanks to the Baywatch series, by the hand of two icons such as Pamela Anderson and Yasmine Bleeth. In the show, women showed off their spectacular and curvy bodies on the beaches of California.

The 2000s
In the first fifteen years of the 21st century, the fashion of bikinis was a combination of the style of the 50s, 60s, 70s, and 80s. At the beginning of the century, the navel was considered in bad taste, the turn of the century made it an indispensable requirement.

The use of genres such as lycra, crochet or neoprene, created a wide variety of designs. Renowned firms implemented a beach line in their collections.

2016
Like everything in fashion returns, the iconic piece of the super-dug and sexy Baywatch series - had its triumphant return in 2016 and settled in the women's wardrobe as a hit for summer 2016-2017.

Conclusion
All in all, bikinis are more than just a fashion accessory to cherish. They represent a struggle. They are an answer to women's objectification. They are among the first steps taken to put an end to the stereotype that a woman’s body is meant for sexual gratification. Their acceptance in society today is a success that many of us don’t even realize today. More power to the men and women who paved the way and made this evergreen trend a mainstream means of beating the heat rather than being a taboo!

DECADE TO DECADE: THE EVOLUTION OF THE FEMALE SWIMSUIT