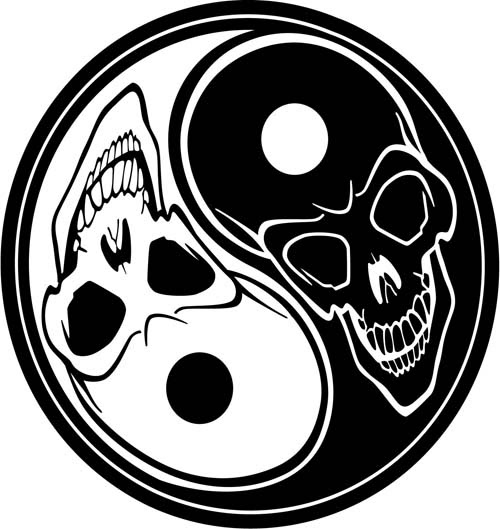 The meaning of yin yang tattoos is very diverse and has its main origins in Chinese philosophy and metaphysics which have become quite popular over the years.

It’s Me – Chapter 11
Sex on Your Period – Reasons to Do It
Branding 101: From Bingo to Bedroom D…
Best Low Acid Coffees That Won’t Upse…
Comparison of Symmetric Encryption Me…

The symbol stands for the duality Principle of Yin and Yang. Yin and Yang are two complementary forces that make up everything in the world. The balance between them causes all movement and mutation to arise.

Yin stands for the passive, nocturnal, dark and cold principle. It is associated with darkness, water, winter, lowlands, quiet places such as cemeteries and churches, and fragile and small objects. In relation to situations and people, it Represents hatred, sedentary lifestyle, opposition, envy, intolerance and difficulty.

Yang stands for the active principle, bright and warm during the day. It is associated with light, the mountain, summer and heat, high places, noisy places like parties and dances, concrete and large, massive objects. In relation to situations and people, it stands for love, initiative, help, admiration, friendship, creativity, tolerance and ease.

The balance between yin and yang

An example would be when a large, strong Tree Represents yang while a small, delicate tree represents yin.

Situations of too much yin are too calm and lifeless and should be avoided. Those with a lot of yang are too excited and overeating, and you should avoid them too. Both principles are contained in every manifestation in nature. Opposites complement each other and there is no conflict between them, one depends on the other to exist. This concept is expressed by the symbol: within the black yin there is a point of white yang and within the white yang there is a point of black yin. The points represent interdependence. Yin-Yang represents the balance of nature, strength, mind and body.