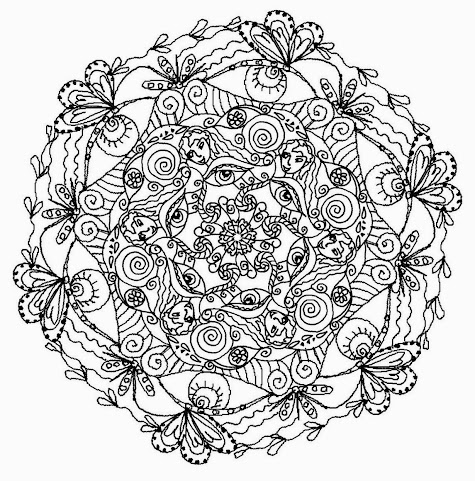 Mandalas - the fine art of symmetry

Tattoos are an expression of an attitude towards life. Certainly yes! Because for most Tattoo friends they are more than just a youthful sin, a thoughtless snapshot or a nice painting on the skin.

Because of their mostly deeper meaning alone, they have long been something special and ideally, their deadline will last until death separates bearer and motive.

Depending on the zeitgeist, there are always different trends in the representations of popular body art. The variety is infinite and is constantly enjoying new ideas. Tribals, portraits or, more recently, mandalas - the creative world of tattoos doesn't stop growing.

The illustration of mandalas is already several millennia old. For example, Indians and Incas have already drawn the round patterns on rocks. The mandalas then achieved their fame in the Far Eastern countries, because with Buddhism and Hinduism they were also used as objects of meditation and especially for religious rituals. There is your D

production and use are still very common. In the Christian religion, too, they were used for church painting, especially in the Middle Ages.

The Creative Side Of Chronic Pain

Empire of Language-What Shall We Do from China