India gets its First Transgender as College Principal

In a country, which does not welcome transgenders, gays and lesbians open-mindedly, a transgender is set to become the principal of a government women’s College in West Bengal.

Breaking the society’s barriers, Manabi Banerjee (Bandhopadhyay) will take charge as the principal of Krishnagar Women’s College from 9 June. The college authorities found Manabi as the apt choice as they were looking for a “strong personality to run the college smoothly”. Manabi Bandyopadhyay, who’s currently Associate Professor in Bengali at Vivekananda Satobarshiki Mahavidyalaya and who is going to be the college principal when she takes charge of Krishanagar Women’s college from June 9. For the first time in India, or probably the world. Transgender people struggle a lot for finding social acceptance. not because they are transgender, but because of the society. For worse cases, they are not accepted by their own families.

Manabi has certainly made a milestone in the transgender community’s success and pride. Let us have a look at Manabi’s background, achievements and remarkable events of her life. Manabi had her own share of problems. The path has never been easy. Her father never supported her and she was subjected to all taunts from her own father. The society was never far behind. Her school and college mates used to taunt her. That never deterred her strong spirit and she continued working hard as she had realised that she had to do something important. 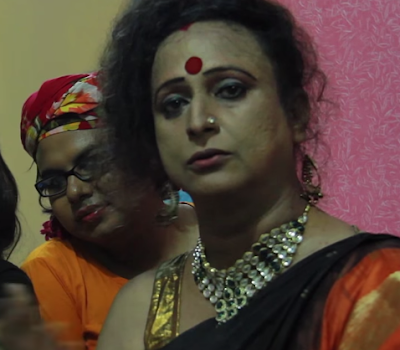 In 2003, she gathered the courage and underwent a sex change operation which costed her five lakh rupees. After that, she changed her name from Somnath to Manabi. For this, the college authorities created troubles and she wasn’t allowed to work as she got the job as Somnath.

By now, Manabi is already a popular figure and her social media account is receiving enormous friend requests and suggestions. Lets support and encourage the passion.

India gets its First Transgender as College Principal