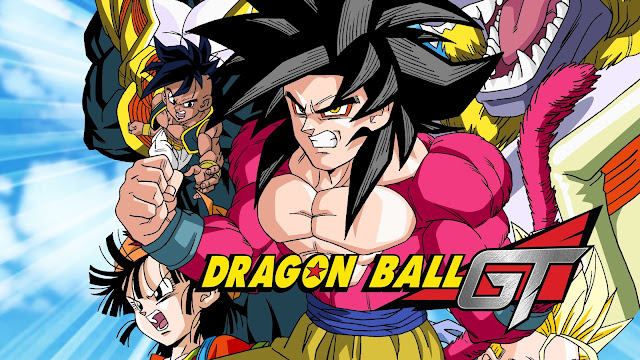 Dragon Ball GT is a non-canonical series that’s the most controversial and reviled amongst most longtime and casual Dragon Ball fans. Whenever discussions about Dragon Ball GT come up, you can definitely expect most of the responses to be negative in explaining the reasons why they hated that series so much.

Even though Dragon Ball Super which is actually canonized in the Dragon Ball continuity, that anime series also had its fare share of problems, but GT’s problems were much worse. Dragon Ball GT to this day is the most controversial and polarizing series in Dragon Ball history.

Attempted To Relive The Old Dragon Ball Days - One of the biggest reasons why many Dragon Ball fans hated GT is due to the fact that at the beginning in the very first episode, they turned Goku back into a little kid because they wanted to relive the old Dragon Ball days and this controversial decision by the Toei writers severely angered many longtime and casual Dragon Ball fans because all the training, struggles, and fights that Goku went through as an adult during The DBZ Era was reduced to him going back to childhood in GT which made absolutely no sense from a creative standpoint.

Bad Character Designs - One of the biggest reasons why many Dragon Ball fans hated GT is because the character designs in GT were very bad (excluding Baby, Omega Shenron, and The Super Saiyan 4’s). Examples of bad character designs feature Goku having more tan, Cell and Frieza’s designs were not as detailed and as  iconic as they were in Dragon Ball Z, Goten looking just like his older brother Gohan, Krillin looking like Mario, Trunks wearing a trench coat and boots, but the one design out of them all that I hated the most when they cut Vegeta’s hair making it look short and they put a mustache on him that looked totally out of place.

The Lack Of Motivation And Struggle To Achieve More Power - One of the things that many Dragon Ball fans loved about Dragon Ball Z was that it was about overcoming adversity and struggles in the face of danger and my favorite example of this was during my personal favorite Dragon Ball Z episode titled “Upgrade To Super Saiyan” in which my favorite Dragon Ball character Vegeta explained his extreme difficulty (unlike Goku, Gohan, and Future Trunks) in obtaining the Super Saiyan form. He trained extremely hard to overcome this type of adversity by training under 400x normal gravity and then while on a dark planet, he was shooting at meteors that tried to kill him until the mother meteor almost did and that’s when he realized the realization that self-hatred brought and from that the Super Saiyan within him erupted to life. In GT, you don’t see any of that because Goku had to rely on Supreme Kais to pull a tail out of his ass just so that he could reach Super Saiyan 4 which was definitely a slap in the face of longtime and casual Dragon Ball fans.

Too Much Bad Filler - Another one of the biggest reasons why many Dragon Ball fans hated GT because there was too much bad filler particularly from the pre-Baby Saga because it focused on Goku, Pan, and Trunks finding all seven black star dragon balls and while on their journeys, there were fights and characters that just weren’t as interesting or intriguing as they were in Dragon Ball Z/Super like the fights against Frieza, Cell, Buu, Goku Black, Zamasu, and especially against the canonized version of Broly in the recent blockbuster of Dragon Ball Super: Broly.

The Conclusion - Dragon Ball GT in reality could never live up to the success that Dragon Ball Z had because GT had too many uninteresting characters, plot holes, bad character designs, and just overall bad writing.