Classic Anime Worth Your Time

Respect your classics. I see you folks watching all the contemporary Anime being made and adapted in today’s times but what about some of the older ones that pioneered the industry? I’m talking colorless Astro Boy, Legend of the Galactic Heroes or even City Hunter. Obviously there are tons of stuff before those specific anime, but I’m generally surprised by the lack of classic anime in people’s archives when I bring them up. I know they’re old, a reflection of their time period, something you may not relate to but, in all honesty, you’ll learn a lot. As a result, I think you will develop a deeper respect for the medium if you go back and watch some older stuff. So, in addition to the one’s I already mentioned, here are some classic anime worth your time (most of them aren’t even that time consuming).

Karen Wiesner: I Have Dreamed a Littl…
5 things to look for when shopping fo…
'Bitcoin Is Worthless, Our Clients Di…
Best Things to Do in Cadaques, Beauti…
The Georgia Thunderbolts Release New …
Neon Genesis Evangelion – I just wanted to shout out this 90s classic because it’s pretty revolutionary and I only have it here as an honorable mention because I feel everyone is aware of its existence, just not too many actually bother to give it a fair chance. Shinji, a teenage boy is summoned by his father into a secret organization to pilot a giant mech know as an Evangelion. His task is to fight creatures known as Angels. I can't stress how important this anime is and was on anime in general. 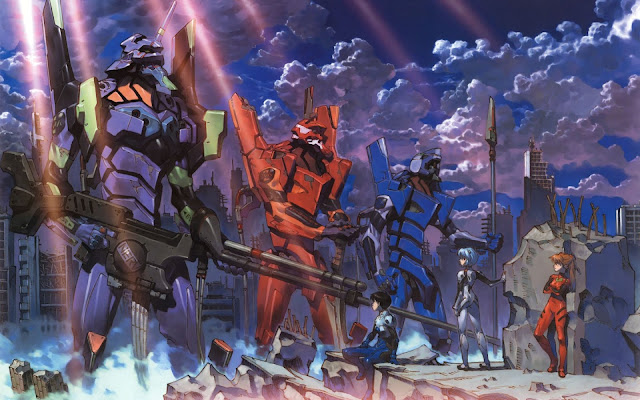 Project A-ko – These are a series of movies about A-ko Magami, a cheerful 16 year old girl who lives in Graviton City; where an alien ship crashed landed 16 years ago. A-ko is a superhuman girl who considers herself just a normal high schooler. She fights with B-ko Daitokuji, a genius who wants the attention of C-ko Kotobuki. While A-ko is busy trying to do things like make it to school on time, in the vast reaches of space, some aliens are approaching to Earth in search of someone. I think this series is highly entertaining, really funny. It’s like a Japanese, science fiction, fantasy, slapstick magical girl show unlike anything I’ve really seen from a genre blending standpoint. Give these movies a shot. 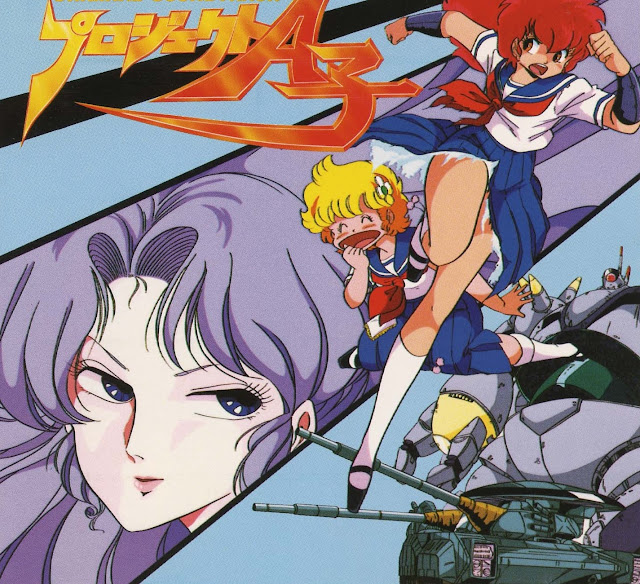 Ninja Science Team Gatchaman – A team of five superheroes that have to save those in need. The ISO (International Scientific Organization) has enlisted these five young heroes to battle Gallactor, a criminal organization intent on dominating the world by taking control of the ISO. Can Ken the Eagle, Jun the Swan, Joe the Condor, Jinpei the Swallow and Ryu the Owl save the day? Fun fact, this was the very first anime I’ve ever actually watched and while it’s old, corny and cheesy, I think it’s an absolute riot of a watch. 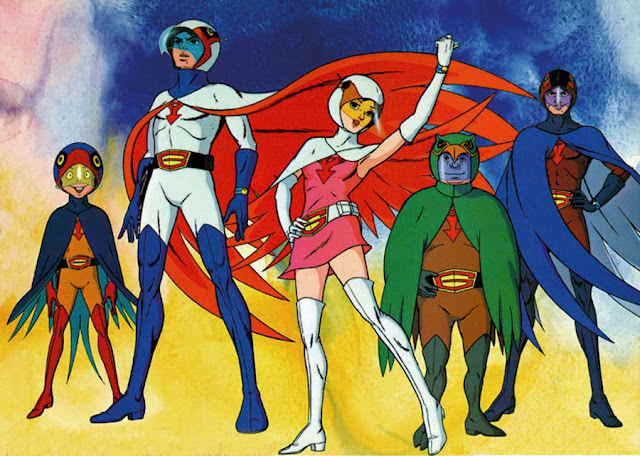 Gunbuster – Humanity starts making advancements in space travel but they discover Space Monsters that want humanity gone. The daughter of a famous dead space travel, Noriko Tayaka, joins an academy designed to train pilots that fight these monsters. But she’s not very good like Kazumi Amano who’s extremely talented but, one of the coaches takes an interest in Noriko which causes some problems. This anime is very short, its 8 episodes and I think it’s endearing, nice coming of age story for a character that does have potential but lets her emotions hinder her latent talent. 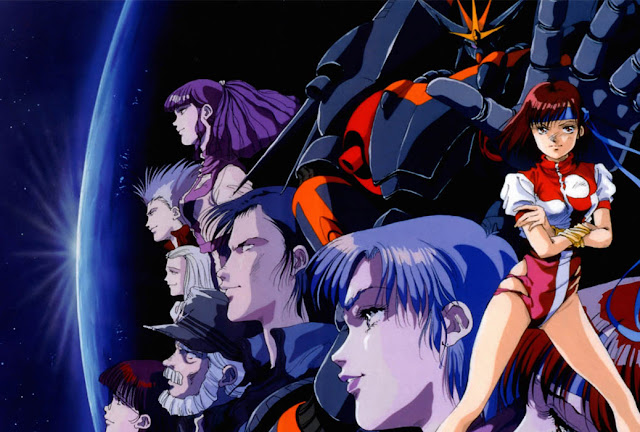 Dirty Pair – The World Welfare Work Association (WWWA) are here to solve your troubles! If you require their services, they will send Trouble Consultants who are highly trained and there to help you resolve your issues. Just hope they don’t send you Kei and Yuri who are known as the Dirty Pair because they tend to cause massive collateral damage on top of not always completing the mission. The Lovely Angels Kei and Yuri are two female leads I find an absolute joy to follow on their comedic, sci-fi adventures. And I think you all will too. 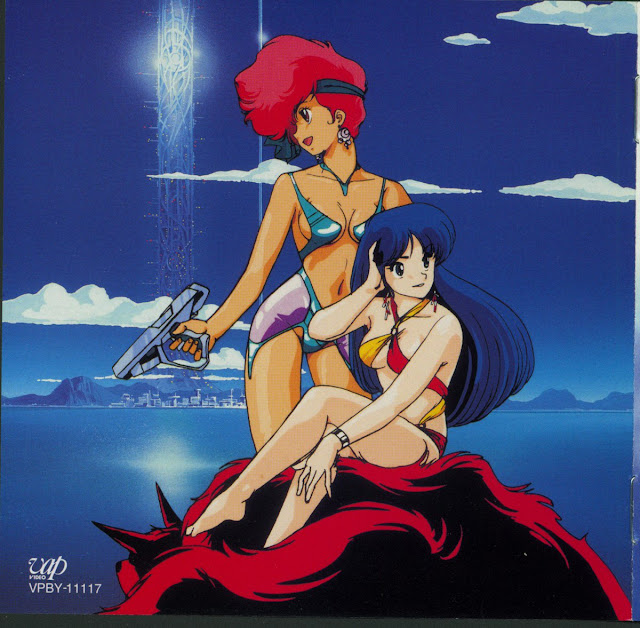 Iria: Zeiram the Animation – Iria and her brother Glen are bounty hunters though Iria is a rookie. They run into a seemingly indestructible being named Zeiram who takes out her brother. Iria and Zeriam begin fighting each other throughout the episodes as more truths about the whole situation and mission come to light. Love the animation, Iria’s character and this OVA is actually a prequel to the live action movie, Zeiram. 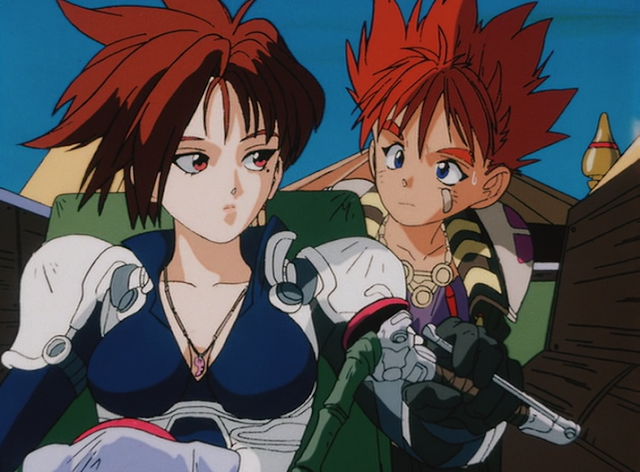 Bubblegum Crisis – MegaTokyo, a rebuilt Tokyo by the Genom Corporation also mass produced these bio-mechanical creatures named Boomers. They can look like humans and they start to run rampant and go out of control, so out of control that law enforcement cannot handle them. Enter the Knight Sabers, a group of four women with the technology, weaponry and know how to defend the entire city from Genom Corp and the Boomers. These four girls are incredible characters in their own right, the soundtrack is amazing and make sure to watch Bubblegum Crash after watching Crisis. This anime is a personal favorite of mine. 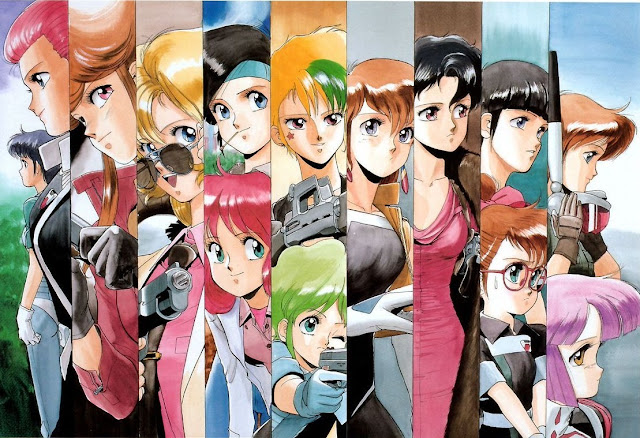 Hope I was able to shed some light on some of my favorite classic anime that I think more people should be watching and should have already seen. They’re all quality for one reason or another and y’all need to check them out. Enjoy.
Written by: Nya Hemmingz
Twitter: @LolitaZenpie
Blog: Zenpie

Classic Anime Worth Your Time