I Hate Rappers #6: Being Weird Doesn't Make You Good 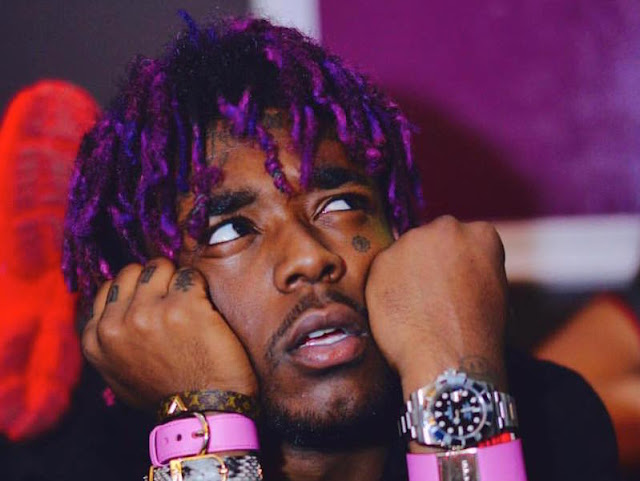 I wish I could stop hating rappers but I can't. It's like a disease. It just keeps eating and eating and eating away at my brain until I tell everyone I hate rappers. Did you know I hate rappers? I bet you didn't know that. The thing bothering me now is rappers claiming to be weird like that makes them a better rapper. I saw a string of tweets the other day that can be summed up as "I feel like nobody fucks with my music because I'm weird," nah, you just bad.

What is the deal with that now? All these rappers are so desperate to tell you how weird they are and how different they are from other rappers. But, it's not really weird, it's just annoying. Jarren Benton, smoked crack, that's weird. Dying your hair different colors isn't weird. Especially not when there's 40 other artists doing it too, and telling you how different they are from everyone else. You want some weird hair? Have you seen The Weekend? That shit is weird. But he doesn't have to beg you to listen to him be weird on a song because he's actually kind of good at what he does.

It's like rappers spend more time trying to look weird and do weird stuff than they actually do trying to make music. And let me tell you, that shit shows. We can tell when you're doing all this stuff for attention because your music is bad. Sure, there's a few people that will like it and really hype you up but the rest of us aren't going to sit and listen to that bullshit. We get it, you're a special snowflake, but we're not gonna listen to you go "yeaaaah" for 30 seconds straight on a dope track then spit a bullshit verse Lil Uzi. There's a reason you can type "Bad and Boujee," in the YouTube search and one of the auto-fill options will be "No Uzi." You were that damn bad. There's a reason Donald Glover thanked the Migos and not you. But we get it, you're weird because you're a rapper that doesn't listen to rap music.

Here's the other thing, you're claiming to be these super hood dudes while you do it. "I'll shoot a motherfucker from my little pony lunchbox." There's a lot of weird dudes in the hood, I know some of them. Usually it's just some untreated mental health issues or PTSD going on, not grasping a rap career. The thing about these dudes, is they're really in the hood but they don't have to tell you they're in the hood all day. Jay Z said it best "I don’t be in the project hallway, talking 'bout how I be in the project all day, that sound stupid to me." I mean, T.I. told us one time that he was really in the hood and if he didn't make it rapping he was going back to selling drugs. We all believed him because time and time again he showed us he wasn't joking. He didn't tell us how hood he was on every song. Telling us how hood you are on every song hasn't been cool since NWA broke up for good in 1991 and Eazy E died in 1995.

I hate rappers, especially fake weird rappers. You're not weird, you're annoying. Too many of you are obsessed with telling us how hood you are. Most of you spent so much time creating an image you forgot you had to rap and you're horrible at it now, please call Quentin Miller, or Skillz if you got the money for that because he's a "ghostwriter, the cat you don't see," he writes hits for rappers you like, and charges them a fee. You all spent so much time trying to be original you didn't look up and see you're a copy of 6 other dudes. You being weird isn't why people don't listen to your music, it's because you fucking suck.

You can hear Darrell on the CP Time and Powerbomb Jutsu podcasts. He also plays classic arcade games on The Cabinet. You can also check out his playthrough of Sleeping Dogs or Skyrim
Follow @OriginalKingD

I Hate Rappers #6: Being Weird Doesn't Make You Good