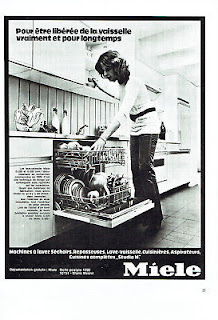 It is a natural law that a room tends to become dirty – and if you don’t believe me, take it up with the Second Law of Thermodynamics. This natural law has evoked a social response – or many a social response. “Dirty” is a word that seems to imply dirt – that thing we see plants grow from, and that we walk on when we go out into the woods. But like a speck of dust, “dirty” has floated away from dirt to embrace a host of ills – stains, smears, muck, grease, fingerprints, fungus, etc. It also goes with the word “stinky” – dirty and stinky belong together like a comedy duo. If you smell something foul, chances are you will find something foul.

Woodland Gardens Caravan & Camping
Three Lucky things that have happened…
How long does it take CBD to work? Ho…
Window Shopping in Historic Downtown …
How to Deal with the Weekend Syndrome…
In the 19th century, the old ways – which in the country meant embracing your sweat and never changing your clothes, and in aristocratic circles meant heavy perfumes – gave way, grudgingly, to new ways – for instance, running water and electricity. It was a long haul, and involved (gasp!) a great deal of public investment in such things as sewers. The public campaign for “hygiene” used the medical knowledge of the time to make its case – to dirty and stinky, doctors added sick-making – or, after the discovery of germ theory, germy. Davis S. Barnes, in The Great Stink of Paris, pinpoints a crucial 19th century phenomenon:
“From setting fires in the streets to burning incense or sulfur indoors, communities have attempted to neutralize disease-causing influences by chemical and other means since ancient times. By the mid-nineteenth century, the favored forms of disinfection—defined by the Larousse dictionary in 1870 as the destruction of “certain gases or certain exhalations produced by living matter, and called miasmas”—included the application of liquid chemicals, the burning of materials such as sulfur, and mechanical devices producing artificial ventilation through the forced circulation of air. Larousse’s definition also complained about the popularity of so-called disinfections that “left much to be desired,” merely masking unpleasant odors with stronger odors rather than truly “removing the harmful and stinking substances from the air.”
The legacy of that time is our comparatively bright and shining present. However, I think it is a good rule of thumb to suspect that every rational policy rides on the back of a host of superstitions – metaphors and myths that do the mental policing work. I suspect disinfecting, which after all aligns itself, when all the germ theory talk is done, with ancient methods of meeting “pollution”, has generated certain habits that are, if not irrational, at least not as rational as they seem.
Ladies and gentlemen, I give you – the dishwasher!
I have never lived in a place without a dishwasher, and hope never to live in such a impoverished space. But I have long had my doubts that a dishwasher is worth it. And surely I am not alone in my existential struggle. This morning, for instance: I get up and go into the kitchen to make coffee. Everybody is asleep – and this is how I like to begin Sunday mornings. A little pause in which I am the waking, bright little dot of consciousness, getting brighter as my eyes get used to being open (and no doubt the part of my brain devoted to vision pumps itself up), while my loved ones are in their beds, dreaming. Is there a more secure feeling than this? While making coffee, I decided to unload the dishwasher and put into it some plates and cups I found in the sink. So I did what I always do – I ran hot water on the plates and cups, I wiped them with a sponge, I made sure there was no clump of food sticking to any surface, and I popped them in the dishwasher. And as I did so I thought, as I always think, why do we have a dishwasher?
From experience and common sense I know that if you put dishes, cups, bowls, cutlery and whatnot into the dishwasher and you don’t rinse them beforehand, they won’t get washed. In 1956, the New Yorker sent a correspondent to GE to look at the new mobile “automatic dishwasher”. The correspondent, in the typical arch New Yorker style of the day (it was the heyday of E.H. White), cooked and cleaned in an “unmechanized” kitchen. In order to test the new dishwasher, she – I strongly suspect a she – brought an “unwashed earthenware Pudding Dish that in my own, unmechanized kitchen would have required overnight soaking and the energetic application of steel wool.” The GE people didn’t like the pudding dish – myself, I don’t know what one of those is – and sternly warned that “no automatic dishwasher should be expected to take on such a heavily encrusted utensil without a preliminary soaking”. Isn’t this what the confidence man calls a “tell”. What is this machine doing?
Read the rest here: On Washing the Dishes