How Much Would it Cost to Sign Cristiano Ronaldo Away From Real Madrid ? 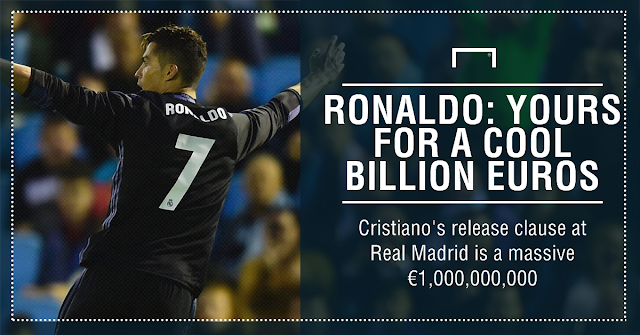 The four-time Ballon d'Or winner is enjoying the best spell of his career since signing for Los Blancos, having helped his club to a first Liga title since 2011-12 and also a third Champions League crown in four seasons. His important goals en route to those two trophies make him odds-on favourite to win a fifth Ballon d'Or later this year.
Off the pitch, however, the Portuguese has been accused of evading €14.7 million in taxes and it is a perceived lack of support from his club that is allegedly behind his decision to leave Madrid.
Ronaldo's release clause is set an a prohibitive €1 billion after the Portuguese signed a contract extension last November. That deal was supposed to keep Cristiano at the Santiago Bernabeu until 2021 and he told the Madrid media at the time that it would not be his last deal with the Spanish side. 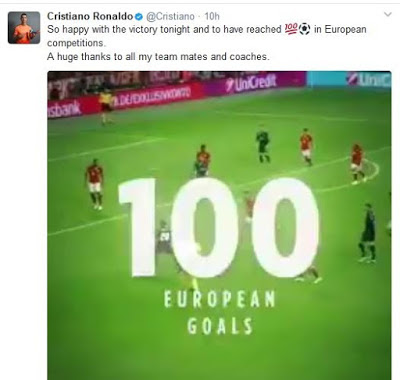 United are one of the clubs who could afford to sign Ronaldo, although the player's rocky relationship with Jose Mourinho in the coach's last season at Madrid would make such a move difficult.
Paris Saint-Germain have been touted as another possible destination for the Portuguese, with the French giants looking to bounce back after losing Ligue 1 to Monaco last season and also establish themselves as a force in Europe. A move to China is another alternative for the Madeira-born attacker.
Madrid, meanwhile, have refused to make any comment and with Ronaldo away at the Confederations Cup in Russia with Portugal, this story is set to run and run over the coming days and weeks. 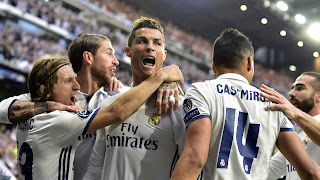 Also Read; Click To See Other Services We Offer @ Entertain9ja

How Much Would it Cost to Sign Cristiano Ronaldo Away From Real Madrid ?