Boy shoots 13-year-old sister to death on her birthday 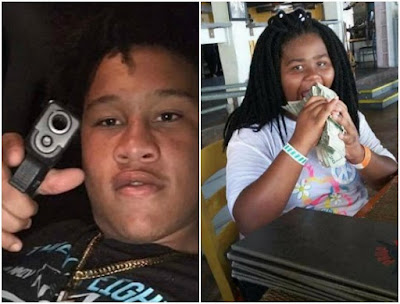 17-year-old Martaevious Santiago killed his 13-year-old sister on her birthday when he aimed a loaded gun at her head and fired while they were 'goofing around' in their Florida home.
According to the police, 17-year-old Martaevious Santiago pointed a loaded semi-automatic handgun at Tedra King as she walked away and pulled the trigger, killing her. He claimed it was an accident.

Reports said Martaevious called police after the shooting and said he had accidentally shot his sister.

He has been charged with aggravated manslaughter of a child and possession of a weapon during the commission of a felony.

The 17-year-old told the police he got the gun from a 14-year-old friend, who has also been arrested.

Sobriety And The (Misguided) Pursuit …
The Circle of Life Sucks – Digging an…
Being a (Goth) Black Sheep … and Brin…
Anthony’s is as Italian as They Come
Best Story-Rich Games on PC: November…

Boy shoots 13-year-old sister to death on her birthday