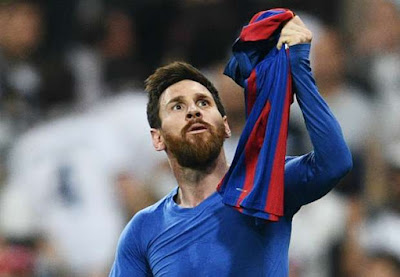 Lionel Messi scored his 500th Barcelona goal in second-half stoppage time as Barcelona beat 10-man Real Madrid 3-2 in an unbelievable Clasico at Santiago Bernabeu, a victory that puts them top of LaLiga.
Substitute James Rodriguez had scored a dramatic late equaliser that looked like it would give Madrid a draw to put them on the brink of a first league crown since 2012, only for Messi to bring up his milestone with the last kick of the game.
Prior to those late goals, a breathless and controversial contest looked like it would be settled by Ivan Rakitic’s excellent strike, especially when Sergio Ramos was sent off for a lunge on Messi.

Cheap flights from Los Angeles to Barcelona in January for only 363$ round-trip!