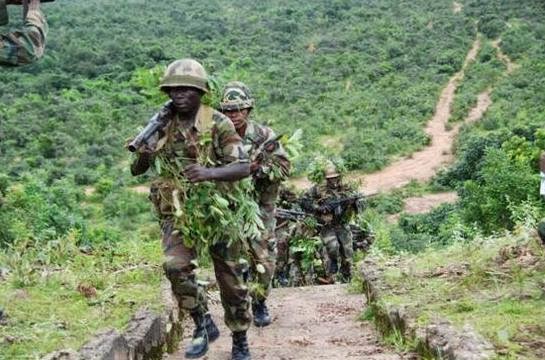 This is contained in a statement issued by the Army spokesperson, Sani Usman, a Brigadier General on Tuesday, January 17, 2017.
The bounty placed by the Army is coming at a time when the influx of Suicide bombings in the north-east; particularly in Maiduguri and Madagali area, have raised to within disturbing proportions.
Scores of people have been killed in the past few months by suicide bombers as the military continues the offensive against Boko Haram. The latest of such incident led to the death of the at least four people on Monday at the University of Maiduguri.
“Consequently, the Nigerian Army is offering a reward of the sum of N500,000 for any information that leads to the arrest of a suicide bomber, the guide to the suicide bomber, or discovery of the transit house or factory of the suicide bombers,” the statement read.
He said the cash offer by the Nigerian Army “is to further encourage law abiding citizens to actively join the war against terrorists and our collective security”.
Mr. Usman assured prospective informants that “all information received would be treated with utmost confidentiality and acted upon with despatch.”
The Army spokesman gave the following numbers and officers to be contacted in case of any vital information:-
The army had about three years ago promised a N50 million reward for any information that would lead to the arrest of Boko Haram leader, Abubakar Shekau.