Why I don't visit the US - Atiku Abubakar 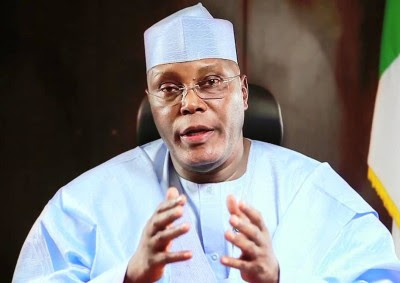 Ex-Vice President Atiku Abubakar has revealed why he has not visited the United States since 2007.
He said it nothing to do with either alleged laundering of $40million  or the $100,000 bribe allegation over which a Congressman, William Jefferson, was convicted.Speaking in an interview with EFCC magazine, Zero Tolerance, he said since his wife, Jennifer, was no longer living in the US, he had no reason to go there.
Atiku said:

“There is no travel restriction on me to the United States. After leaving office, I’ve been to the U.S. several times to visit my family, which has eventually relocated.:“The reason why I always visited the U.S. was because of my wife. She is no more in the U.S. So, I don’t have compelling reason to visit the U.S. now.

“It(the $40m) was an allegation which wasn’t proved. It was my legitimate money which I transferred to the U.S.; there was nothing about it.

“More so, I was not indicted in that report. They only said suspicious funds but I proved before the Senate committee that they were not suspect.”

Atiku dismissed the insinuations that he is  corrupt.He said: '

“Well, if Atiku Abubakar was corrupt, he would have been found guilty of corruption by all the panels and probes and cases that were brought before the courts.“I remember the only corruption indictment against me was a white paper which was cooked up by our own administration overnight, including the very EFCC that I helped found, and other cabinet ministers, which I challenged in court.“The court rightly dismissed all those indictment as being mere political; and till today nobody has ever indicted me of corruption.”

Atiku noted Obansanjo's grouse with him was he tried to stop him from contesting for a 3rd term.

My offence was simply that I disagreed with him on the amendment of the Constitution to remove tenure or term limits or what was popularly called third term agenda. In fact, Obasanjo sent the then Attorney General of the Federation, and Jerry Gana to my office to bring me the draft of the amendments to the constitution. “After going through, I found out that tenure limits had been removed. In other words, he could be president for life. I now asked them, ‘if I send you to the President can you deliver this message’? And they said ‘yes’. I said ‘go and tell him I will not support it and I will fight it.”

He spoke of his respect for Obasanjo, irrespective of the disagreements

“I still thank God and him for nominating me as his Vice President which gave me the opportunity to experience governance at the highest level. We had Political Disagreement quite rightly so. I never shied away from political disagreement; we quarrelled and where we couldn’t make up, it became public knowledge.
“But still, I respect him as my former boss. The fact that we disagreed politically is no reason why we should be at loggerheads all our lifetime. In any case, as far as politics is concerned I don’t have any enemy; I could have an opponent. Enmity is too strong a word to use in a relationship that is purely political.”

Why I don't visit the US - Atiku Abubakar