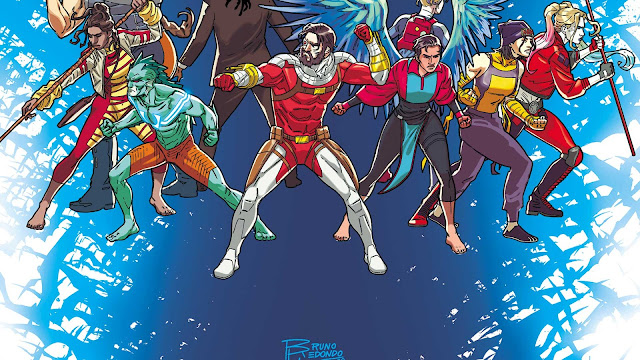 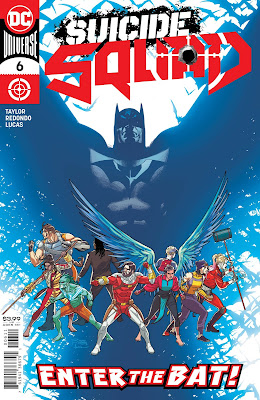 While it's a surprise that this book isn't doing better, sales-wise, I am glad that DC Comics is making an effort to change that.  Last week, the Squad were in Flash Annual #3, and this week, Batman shows up. Plus, last issue's cliffhanger and the Deadshot spoiler have to get more readers, right?  I hope so, because this book deserves more success.  That said, how is this issue?  Let's find out...

The issue opens up with the Squad in Gotham getting rid of those pesky brain bombs.  It's a funny scene that shows how great Tom Taylor is at writing Harley Quinn (a little is enough) and makes the team entirely free to be the badasses they are.  It also sets up the fact that they aren't as free as they think...there is a bounty on their heads and everyone seems to be trying to collect it.  That's Batman's cue to show up and try to stop them while also neutralizing the assassins that have swarmed into Gotham.

While I wish somebody would have told Batman about Ted Kord, I do like Batman's reasoning for going after the Squad.  He doesn't like out of town killers coming to Gotham with a few days to kill! 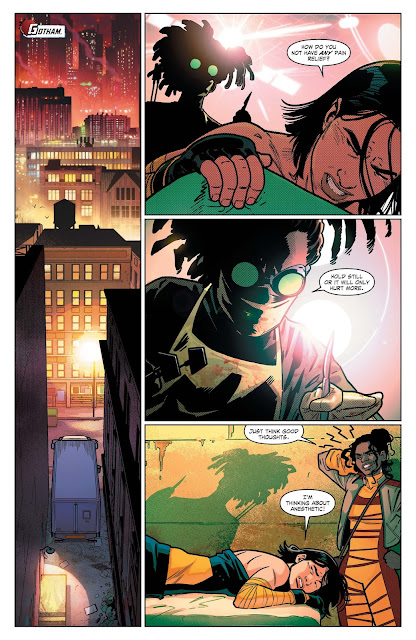 By the midpoint of the issue, it becomes a Batman vs. Deadshot issue, and I am okay with that.  I love the back-and-forth between the two, and we get to see one of those rare moments where Batman hasn't prepared for everything and looks so vulnerable.  I laughed out loud at Batman twice, and it felt good!

This issue goes by lightning-fast, but a few important things happen.  Harley and Deadshot find out they were pardoned, Batman is now aware that Amanda Waller is no longer in control of the Suicide Squad and is going to be keeping an eye on Floyd.  And the Suicide Squad gets away...in Batman's ride! 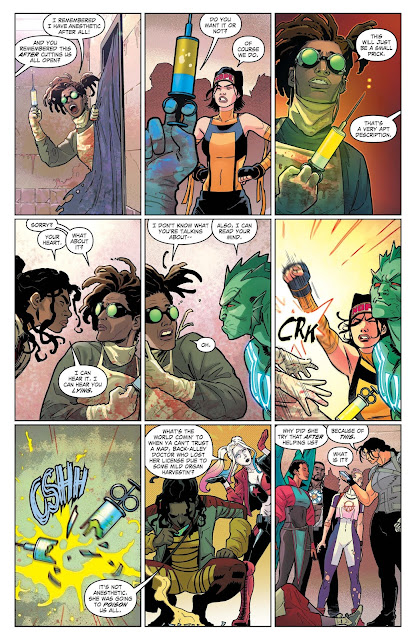 This is one of my favorite series out right now, and while I would have liked a bit more story movement, I understand the gang had to run into Batman.  Tom Taylor fans should be eating this up and others should give it a try as well.

During his days on the Injustice book, I used to say that Bruno Redondo draws the best version of every character he touches.  I still agree with that!  I love the art in this issue and have to give a shoutout to Adriano Lucas on colors.
Bits and Pieces:
This book should have a ton more people reading it, and maybe Batman showing up will do the trick.  The overall story doesn't progress a lot, but the art is excellent, and there are some laugh out loud moments, mostly at the Dark Knight's expense.  This is a book that should be on more pull lists!

The Squad & Wagga – Come with me