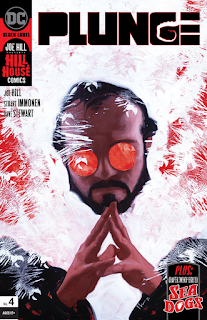 In the last issue we find the Crew of the Derleth still "alive" and that they've got gifts for their visiters. A Walk-Man like device that can read people's souls (myrrh), an oil that can power cities for millions of years (frankincense) and something that causes people to kill each other so they can have it when they see it (gold). We just saw the latter, as three of the McReady's crew died in a scrap for that item, and the only survivor lost an eye.

West Runton Camping & Caravanning Clu…
Life Insurance for Pilots
Homebuyers anticipate lockdown exit a…
Cat Coronavirus Diary – Day 19
Older adults (60plus) lockdown home w…
Now Captain Gage is piiiiiissed! I unfortunately can't go into a lot of detail about this issue because of, well, things happening in life that need to be attended to, but a lot is revealed here and it's both shocking and very well done. 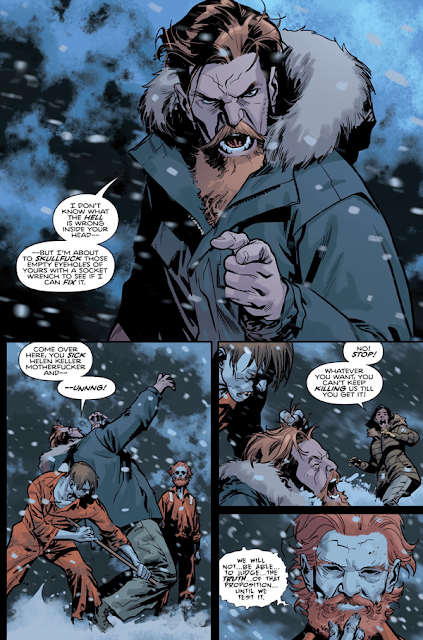 We have, from what I know of or have realized, the very first connection to another Hill House comic other than having Sea Dogs be a movie or a baseball team. The crew of the Derleth are dead and they have dozens of alien worms living inside them, and they need to use the crew of the McReady to get to something underwater that can get them back home. Why can't they do it themselves since they can obviously swim after we saw that huge one in the Derleth wreckage? The hatch over it is made with Staelinn Geal, the same metal that could kill Cloax in The Dollhouse Family. Turns out it will do the same to them. Did these worms fall to Earth with Cloax???

The crew of the McReady refuse to except their offer to open the hatch to save their lives but Lacome, the only smart human here, assures the Derleth worms that they'll do it. There's a part where to prove a point they try to take over the bodies of the doctor and Carl, and the worm goes right through the eye sockets of the doctor and successfully kills him and takes over his body, but it goes in Carls mouth and rejects him. The reason? Russell seems to think it's because he drank that mushroom tea that everybody thought was coffee. If those mushrooms were the glowing blue ones from The Low, Low Woods I'm gonna poop myself. Just like Carl did.

With a deal made, they head back to the McReady to come up with a plan. Do they play along or rebel? Gage has his own plan, and it involves the body of one of their dead. 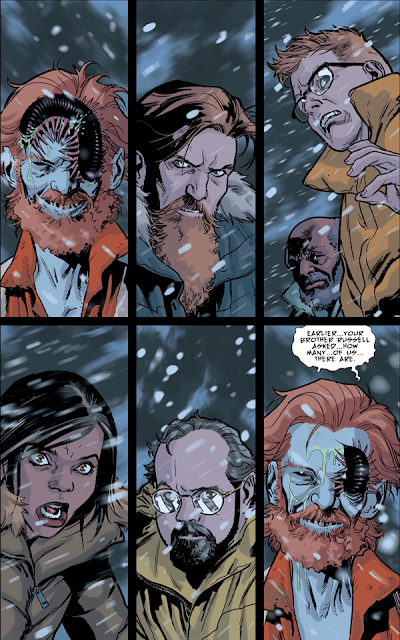 Bits and Pieces
The art is so good and its creep factor is excellent. But the creep factor isn't just visual. There's a lot of great work put into this with excellent characters with distinct voices and plot roles, well written dialogue, and a captivating story. This continues to be an outstanding book in every single way. And the tie-in to another Hill House book blew my mind!
9.5/10