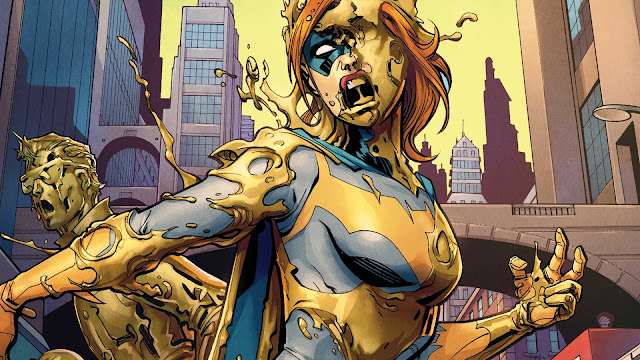 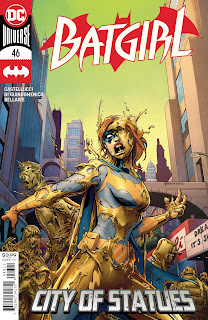 I have not been enjoying Batgirl much lately.  Since Cecil Castellucci took over the book during the Year of the Villain story, I gave her the benefit of the doubt, but this book keeps getting worse each month.  Unearth followed by this liquid metal nonsense?  Really?  These are the stories available for one of the best characters in the DCU.  I must not be the only one having problems because the sales are awful. I still have to review it and am hoping it suddenly become readable... yea, I'm not asking for much.  Let's see what we get...


The issue opens with Batgirl and Batwoman captured and Dasha Berlova monologuing.  It's mostly recapping with some extra tidbits thrown in.  The whole thing, though, is not engaging, or fun, or coherent, or anything but laughable.  Dasha's mother was made into jewelry and whispered in her ear.  LOL!!!!  Ridiculous. 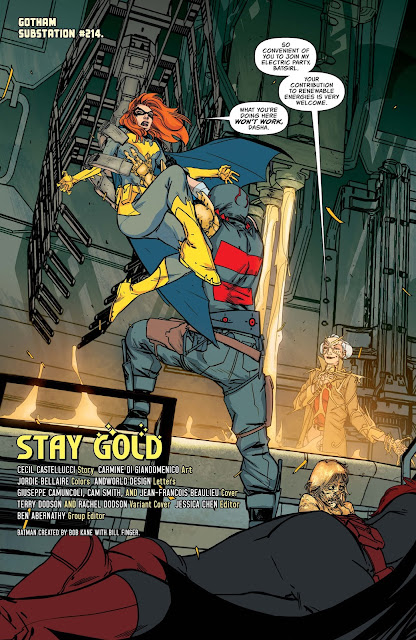 While Dasha talks, Bads breaks her chains, and soon it's Batwoman and Batgirl versus KGBeast.  Luckily, they keep saying his name because Castellucci has no clue how to write him.  Maybe there is something more at play here, but he is already slumming it with Dasha, but lines like, "Already on it, Boss" and "Or I'll pop one in your head like your little bird friend," sound more Brooklyn than Moscow.

I usually like Carmine Di Giandomenico's art, but the overlong action scene is confusing to follow, and when Castellucci tries to make Dasha a sympathetic villain, it's more pathetic than anything else. 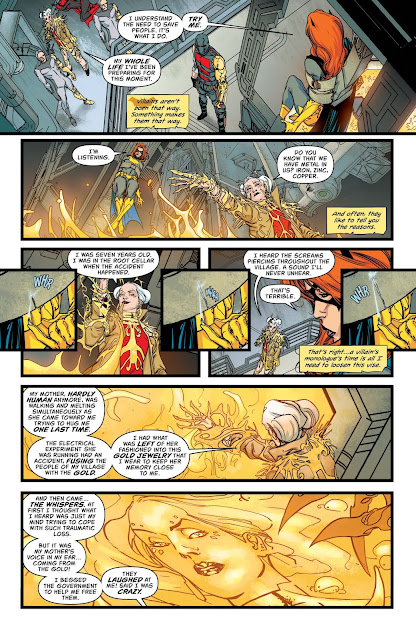 The issue continues with Dasha finding the electricity and morphing metal was in her all along, but that's not a good thing.  This whole mess ends with Barbara deciding to change up her life a bit, but it feels more like a step backward, or maybe an unearned action with Castellucci throwing things away without ever dealing with them.  Some things, like Jason Bard are still around, thankfully, but the issue ends with a push towards the Joker War that didn't sit well with me.

This issue is terrible.  I said above that I just wanted something readable, and I guess I asked for too much.  The art was confusing, but with a story so convoluted, how could it not be?  I am a Batgirl fan, but I don't think I can make it through another slog of an issue like this.  Maybe the Joker War will change things for the better, but I doubt it.

Batgirl #46 is an awful issue that is a slog to get through and hilarious for all the wrong reasons.  It is rough being a Batgirl fan right now, and I can only hope we get something better and soon!

LOVE written on their faces when the two women tied the knot.

There's an App for that