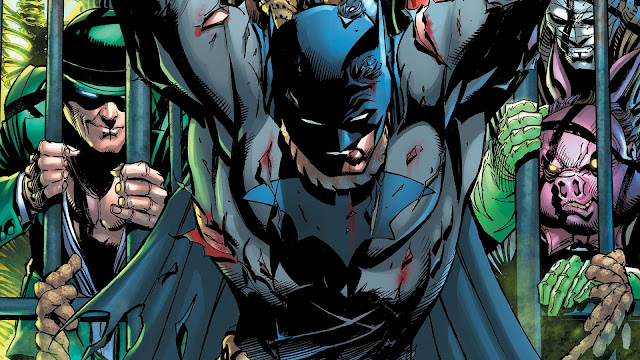 How About a Little Punch, Scarecrow 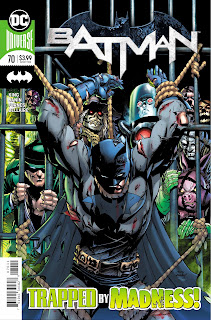 Hey everyone, the Knightmares are over and that is enough reason to rejoice, right?  Of course, I am joking a bit since not everyone has been down on this book as I have been and really, in this crazy fandom we Love, nobody is right or wrong.  So, here we go with my opinion of this issue.  Does it get me back on the trolley that I jumped off of about 50 issues ago?  Let's find out...


We open with more William Blake ( The Marriage of Heaven and Hell) and while some may argue this is deep and meaningful, it feels off with who is saying it again and only reminds me of a teenager passing off song lyrics as their own to maybe get a date or pass an assignment.  Hey, I did it myself...who knew that Sweet Child o' Mine was going to hit that Summer?!?  Here, though, it just feels like Tom King going back to the well once again and what once felt pretentious now feels lazy and boring.

We do see Batman breaking out of the Knightmares which was cool and being greated by the Riddler.  I guess he is standing guard, but he is armed with a riddle and Batman pretty much crunches in his face and moves on.  Moves on to beat the crap out of everyone in his way.  The riddle was okay, but after pushing the narrative that Bane was manipulating Batman into extreme violence with Freeze, KGBeast and Gordon, giving us an issue where Batman literally walks through Arkham (which may still be a Mental Health institution???) punching faces feels like a huge step back.  A step back in a book that has barely gone forward since the (non) wedding...I wouldn't have thought it possible. 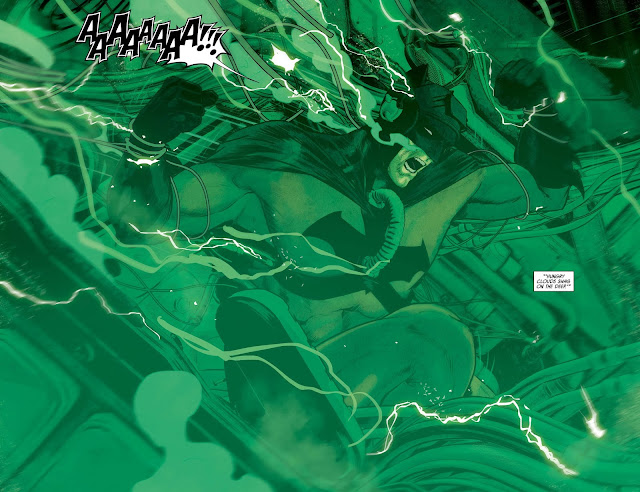 Just an aside about Arkham.  I know that we rarely see it as a place of healing but after the debacle of Heroes in Crisis, Batman feels a bit over the top here.  He wakes up and with only the evidence from his dreams, goes half-cocked on everyone he comes across.  I know it's supposed to be a wow moment with Batman fighting some classic villains, but for all he knows, these guys are there as prisoners of Bane and need someone to help them, not hurt them.  Batman just monologues as he punches and some of the villains don't say a word, let alone fight back!

Again, the argument for it is this is just classic Batman stuff, but when it comes to Freeze, I think Tom King steps over the line.  He just recently beat Freeze to a pulp after Bane set them both up and now he is punching him all over again?  Fans of King keep telling me this is a more human Batman and I guess they are right since most of us keep making the same mistakes over and over.  But Batman?!?!

I will throw all that nonsense aside for a second to bring up the fact that Batman punches Hush and Man-Bat as well.  Man-Bat?  The guy currently in the Justice League Dark???  Hush who was thrown into another dimension in the Bachelor Party prelude to the (non) wedding you want us all to forget???  Hey, it's okay to write your own stories, but please know what's going on in the Universe you write them in!!!!!  I'm sure there will be a "clever" tweet explaining it all or better yet, an issue down the line dedicated to fixing all of this.  Those are becoming as much a signature of this run as "Hell Yea" by now! 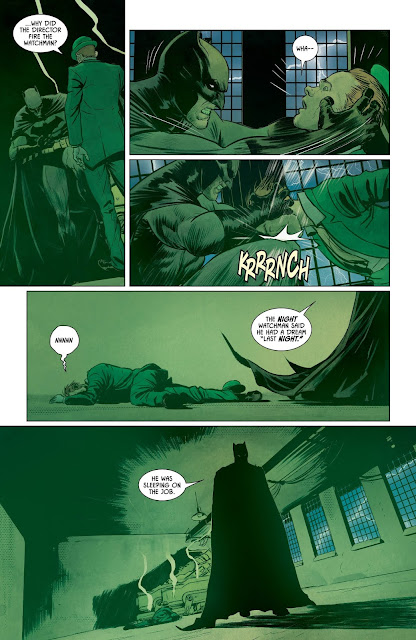 After some pretty good back and forth with Batman and Two-Face, the issue ends with Batman Leaving Arkham with the promise to go rest up and come back with an army to face Bane.  I hope he also has some time to adjust his fantasy lineups, play some Fortnite and go watch Endgame!  Also, eat a nice breakfast...you don't want to face Bane on an empty stomach you know!

This was a paper-thin version of Knightfall or was it the reverse of I am Bane which was the reverse of Knightfall?!?  No matter how you slice it, there is nothing here but the standard "I am Batman" dialogue, punching and then more punching.  The whole story progression is Batman leaving Arkham and that just was silly anyway.  I usually end up saying that people who love King will love whatever he gives them, but this really feels like he may be pushing it a bit even with his biggest fans.  I guess they will say they love the punching everyone Batman as much as the love the Batman who doesn't punch everyone and again, this whole run and the love it gets is really starting to confuse me!

The Knightmares are over, but if you're looking for story progression, you may have to wait a little bit longer.  We do get Batman talking at a lot of villains and then punching them.  If that's your thing, have at it.  This is not my thing.  On a positive note, I liked the art.