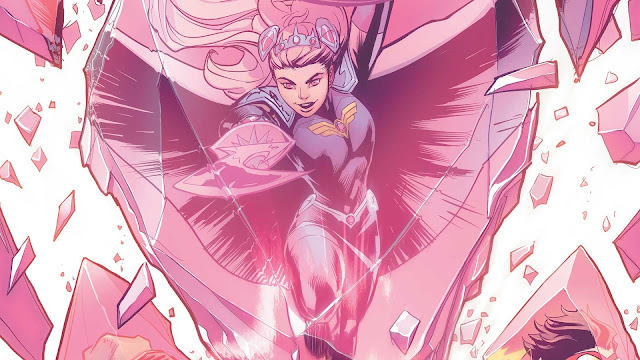 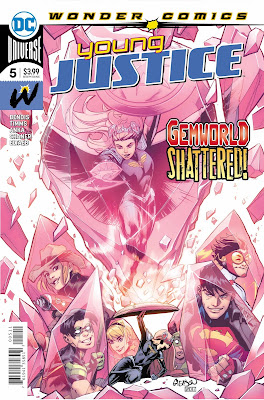 Written By: Brian Michael Bendis
Art By: John Timms, Kris Anka, Doc Shaner, Gabe Eltaeb, Wes Abbott
Cover Price: $3.99
Release Date: May 1, 2019
It's back to Gemworld whether I like it or not because we have to go check in on our Young Justice team and see if we'll get some answers to how and why it appears that everyone knows that they were once Young Justice in this continuity when everyone forgot about Conner Kent and Bart Allen has spent the entirety of New 52 up until The Flash War trapped and forgotten in the Speed Force.  Also, it would be nice to find out more about Teen Lantern.  Oh yeah, there's a lot of questions I need to be answered in a satisfying way, but there's only so much you can do in twenty pages.  Let's jump into this issue and check it out.

‘The Angry Cabbage’. A Vegetable Rese…
Top Extracts Kratom Review
Analyst Believes that Ethereum Prices…
Best Story-Rich Games on PC: November…
A guide to male enhancement – Tacklin…
Alright, there are some answers in this issue to why Tim Drake forgot about Conner Kent, that was first brought up in Detective Comics when a future alternate timeline version of the character brought up the name and our Tim responded with, "Who's Conner?" and this does continue from when Tim and Stephanie Brown left Detective Comics.......... but nothing makes sense.  It seems that Tim has to have his mind magically opened to remember his Pre-Flashpoint memories and yet, they talk about how Steph was Batgirl and at one time Robin in our current continuity, but doesn't remember her time as Spoiler, even though she's only been in this continuity as Spoiler.  Hell, she even talks about her father wanting to connect with her even though Lincoln March slit his throat and killed him in Batman Eternal.  Yeah, I wanted some answers, but I wanted ones that made sense.  Everyone still seems to know who Conner and Bart are, but it's only Tim who has his mind opened and nowhere in here does it mention the time that they were in the Teen Titans together.  Continuity has totally been obliterated in order for Brian Michael Bendis to tell this story. 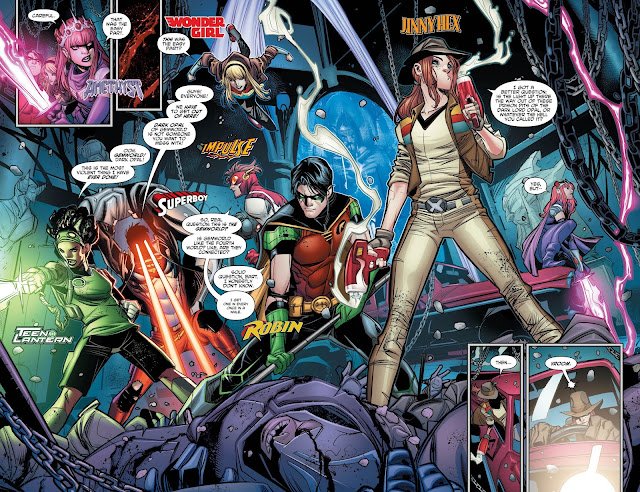 Besides for the flashback "answers" part of this issue, which were the most important to what's going on, back in Gemworld we only really progress the story maybe five minutes from where we left off in the previous issue, to where our Young Justice heroes escape the prison and come face to face with Dark Opal..... that's it.  The rest of the story is the flashback and like I said already........ it doesn't make any sense. 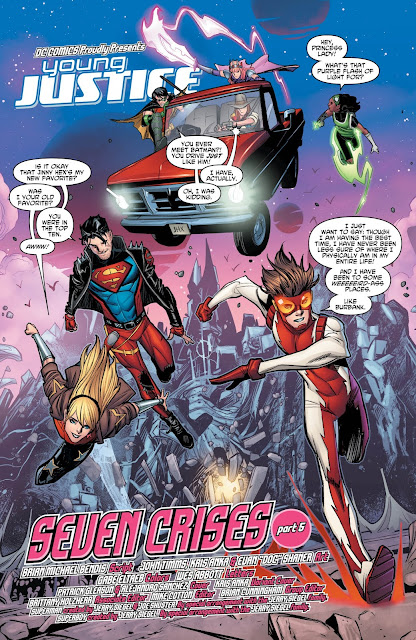 All in all, the art in this issue is amazing, but that's the only thing about this issue that is because I realized here that Brian Michael Bendis not only doesn't know anything about these characters, he doesn't care either.  He's only cherry picking things from the past that seems to suit him and instead of having an answer that's both exciting and compelling...... we just have a mess.  I wanted beyond anything to like this series because of characters involved and for the answers that it was going to give us........ and maybe down the line this will become something that is great, but right now continuity is just getting in the way and he's steamrolling through it to prolong our time in Gemworld.
Bits and Pieces:
While I love the way that this issue looks, the continuity is all over the place.  It seems that even looking up a Wikipedia page on any of these characters was too much for Brian Michael Bendis because even though you'll get an answer that has been lingering over us since Tim Drake's time in Detective Comics, it doesn't make a lick of sense.  Plus, in order to answer this question, a whole lot of other questions about what timeline we're really in are brought up.  Just a mess.
4.5/10