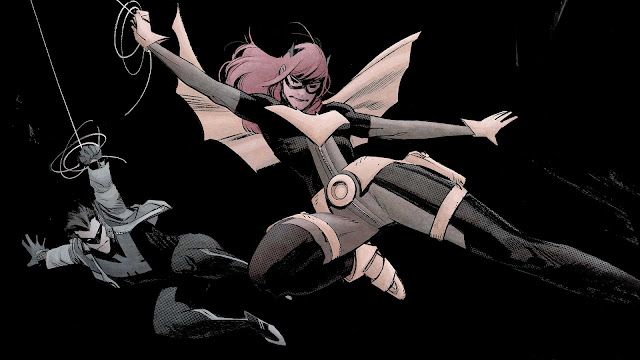 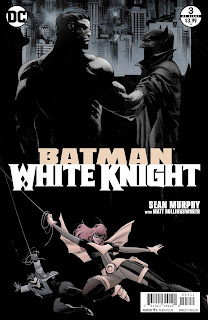 This is my Batman book!  I know it's only a mini series and it's an Elseworlds tale to boot, but the first two issues were so good, that I am looking at it to fill my Bat needs completely.  It's okay, it seems that Sean Murphy is fully up to the task and I always can't wait for the next issue the minute I get done reading it.  Does that continue this month?  Let's find out...


The issue starts with an awesome and very ominous moment with Harley Quinn...the New 52 one.  This book has two Harley's and now it looks to have two Jokers!

We then cut to see the mayhem being caused in Gotham by the mind controlled Rouges Gallery.  The Bat Family is going toe-to-toe with them, but they are struggling a bit.  The art here is so good and it's so cool to see Batman driving the Tumbler, but then things go wrong...Batman goes wrong and Batgirl asks a very good question..."what's happening to us?"  Sean Murphy started this series by showing us a future with some really messed up shit.  This feels like the real beginnings of that. 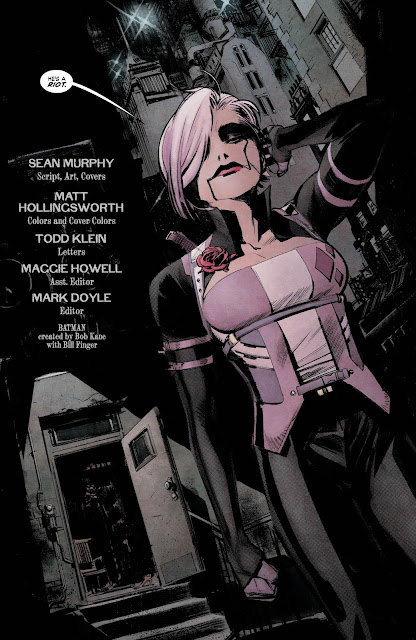 We then get a bit of what Jack is up to and it's more than just the standard Joker stuff.  Then it's off to see Batman is in big trouble and back to Jack who is railing against Batman and the 1% again. This time, though, he has the proof that we already knew...the Rich profit off of Batman.

Sean Murphy then goes for the gut as we see Alfred pass away.  After the funeral, however, is the big part for me as Dick explains what happened to Jason Todd and then to him and Bruce.  It's a really strong moment that shows what the war on crime does to the Bat Family and hammers home the fact that Bruce is going more and more over the line. 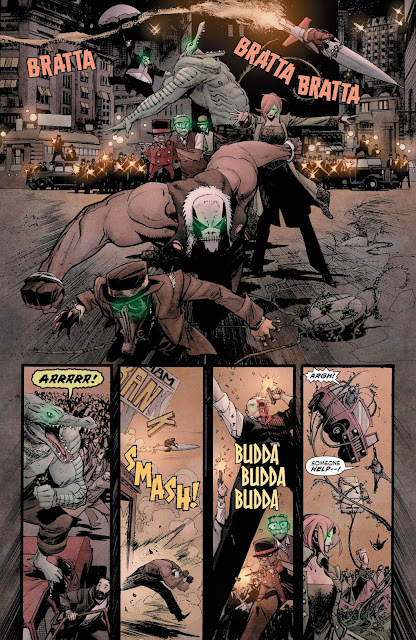 We continue with Jack running into a new ally who is someone I never would have expected in this story.  It's a dark version of the character, but just seeing his name made me smile.  It's also cool to see that Jack Napier is becoming a hero to those who need it most...funny how that used to be Batman, huh?  The issue ends with Jack looking to get a street gang going and the Neo Joker taking control of Jack's Rouges in a bit of a disgusting way.

This is not the best issue of White Knight, but it's mainly because it follows the usual third issue pattern.  Yea, it's setting up everything to move forward, but I liked everything we got.  The shits about to hit the fan big time and I'm glad I will be there to see it.  By the way, the art in this book is awesome and fits the story so well...I guess that's the bonus you get from a kick ass writer/artist.

Sean Murphy slows things down a bit to set the rest of the series up.  The art and the story are great and this continues being where I go for my Batman fix.

Since Cryptocurrencies have evolved, New Guidance system must be imposed; says IRS Commissioner