The Hellblazer #6 Review and **SPOILERS** 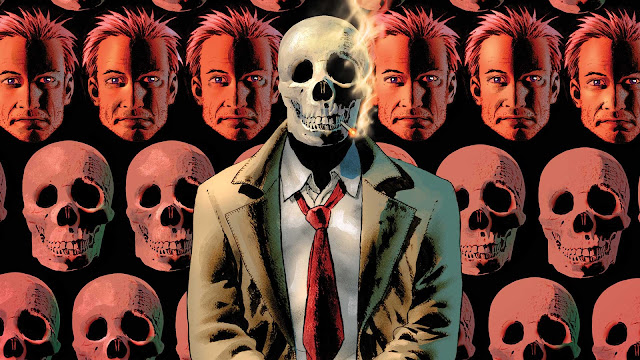 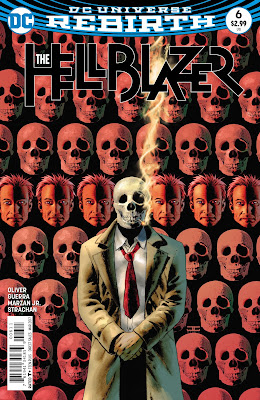 Ancient Gods: History of the World
Fanatical – 27% OFF Sniper Elite 5 + …
Types of Mustaches – Epic Stache Styl…
2PM DJs – Ngikhethe Wena ft Mafikizol…
Review: ‘Bob Marley And The Wailers: …
On Sale Date: January 25, 2017
**NON SPOILERS AND SCORE AT THE BOTTOM**
So uh, let’s see if John Constantine finds the girl or the thing or his contact lenses or whatever it was he was looking for, okay? My review of the Hellblazer #6, right here!
Explain It!
Our story opens on an idyllic forest scene, full of unusual wildlife and a woman I don’t think I’ve seen before. Wait a minute…is that Mercury? She looks nothing like the Mercury from the first four issues, this one looks like a young mother. I thought she was a take-no-shit, funky kind of gal with a real chip on her shoulder, while this character looks like she might lecture you on the importance of veganism but otherwise would be amenable to anything. After petting a giant furry bug, Mercury is chased to the edge of a cliff by a multi-eyed, multi-toothed slobbering monster, and then she wakes up. She’s on a train with John Constantine on their way to…I forget. London, presumably. Seriously, I can’t remember what the hell these two are up to. I know Swamp Thing is recuperating after being screwed up by the Rot, and Constantine and Mercury are looking for Abby, but I can’t recall where they’re off to at the moment. It doesn’t matter, I suppose, wherever they’re going we’ll get there eventually. Just like Mercury eventually tells John that her dream was not a dream, but a memory of her time in the alternate dimension she accessed through the Rot a few issues ago. There, she met a guy with long, white hair and a beard that helped her get away from the ocular beast and escape that dimension, but, she tells John Constantine, he was left behind when Mercury jumped through the portal. 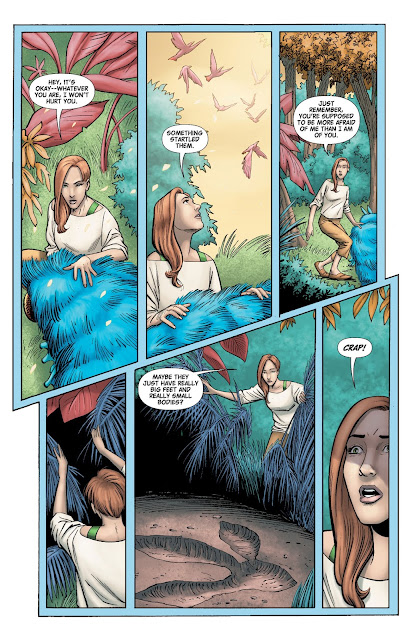 Let’s shift over to the Tate Club in London, that meeting place for demons and wizards that’s run by Clarice Strickland. She’s hosting a party for club members, thrown by that murderous Djinn that just wants to make everything right for humanity somehow. He explains to the attendees that they can help make a paradise on earth if they purchase blocks in his timeshare property or something, which makes the crowd murmur uncomfortably. Then Clarice takes over and says what the guy is offering is power, which resonates pretty well. So I guess that will be a thing? It’s sort of clear to me now that the Djinn at Tate’s is actually the evil one from the first issue, the one what wanted to foment war, while the good Djinn is the one Mercury met in that alternate dimension. Going back to that dimension, Mercury recalls having a rather inconsequential conversation with the guy, but despite having told John that she left the Djinn in that dimension, we learn that she’s actually holding him prisoner in some kind of pocket dimension that she can access magically through the bathroom door on the train. She pays him a visit and tries to get the Djinn to tell her what she really is, but then John Constantine knocks on the door and breaks her concentration. It doesn’t matter because we finally learn the destination of these two knuckleheads: Paris! For some reason. 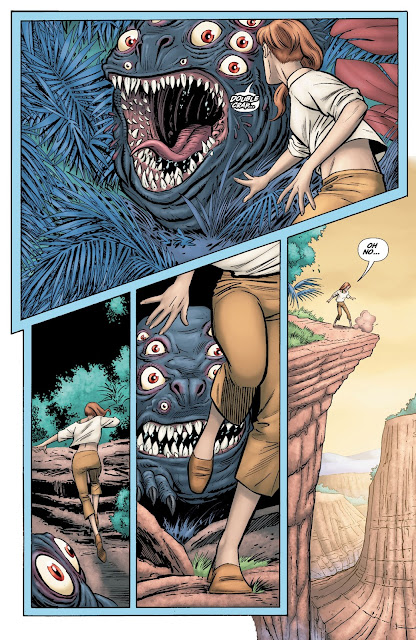 God but this book is boring. All the fun of a train ride and an uptight party in one issue. The stuff in the other dimension was moderately interesting, but there wasn’t enough of it and the whole thing was tainted by this plodding conversation between Mercury and the Djinn. The art is flat and stale, and I’m surprised it looks so tepid coming from Pia Guerra. This is nothing like any Hellblazer book I want to read. Let’s finish this arc and then walk away quietly from this ill-advised idea. Stick the character with Vertigo or Young Animal or something, because John Constantine in the DC Universe has the effect of drinking warm milk. 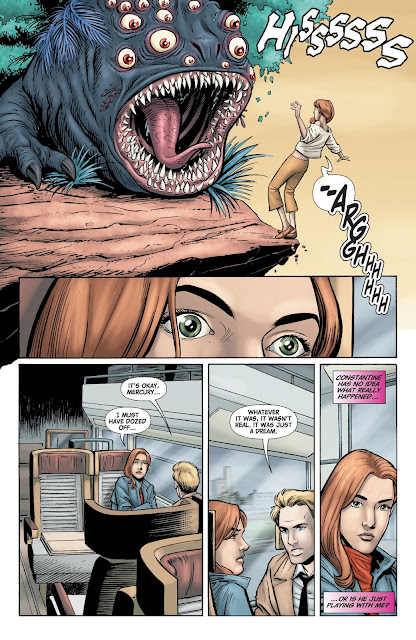 Bits and Pieces:
Another dull, plodding issue of the Hellblazer that answers few questions and acts as a placeholder for actual story. I've about had it with this book. It looks like a herpes pamphlet from the 70s and it reads like a court transcript. What a disappointment.
4/10

The Hellblazer #6 Review and **SPOILERS**