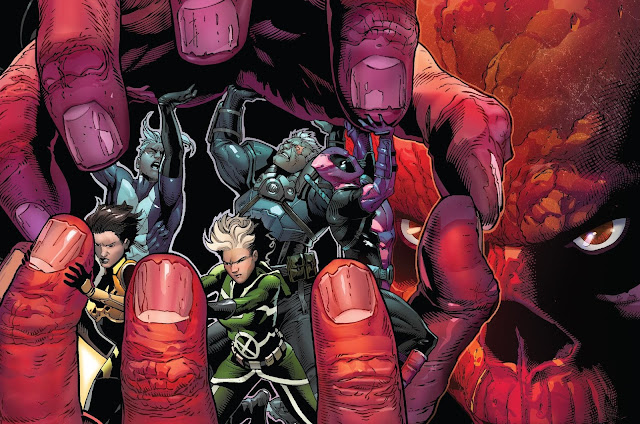 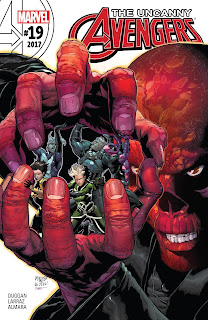 This is one of the few books I was high on throughout the Civil War II nonsense and I haven’t come down yet. Gerry Duggan has taken this seemingly random group of heroes and turned them into a functioning team that is fun to read if nothing else. With Red Skull in control of everyone on the team but Deadpool, let’s see what his master plan is.

The entire team is being controlled by Red Skull, who is in possession of Professor X’s mind, and Quicksilver is on his way to capturing Deadpool as well. Wade knows this isn’t going to be easy, so he’s desperately trying to get ahold of some other heroes to come help him out. Meanwhile, Red Skull is using Xavier’s mind to work his way through the Unity Squad and break them one by one. 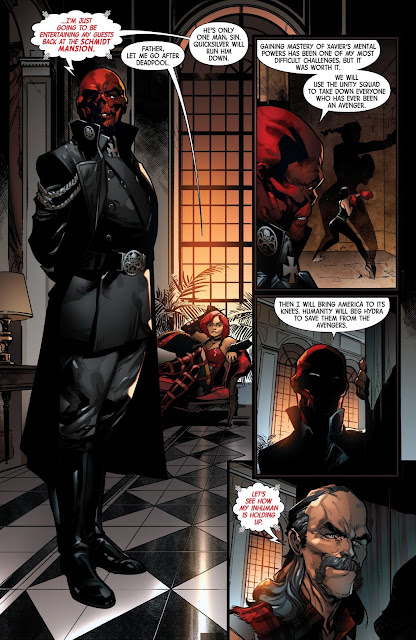 The only one who puts up much of a fight is Cable, who has been fortifying his mind to resist Red Skull’s influence. But it’s still not enough and he resorts to “Lifeboat Protocol” and erases his own consciousness. With Cable out of commission and the rest of the team under Red Skull’s control, he sends them out to kill as many humans as they can in order to be safe.
Deadpool somehow got away from Quicksilver and shows up at the Sanctum Sanctorum looking for Doctor Strange. Strange isn’t home, but Spider-Man shows up on the final page to help out. This was a complete set-up issue, but I had a lot of fun with it. Deadpool is always great in this book and seeing him and Spidey take on the team is going to be awesome. 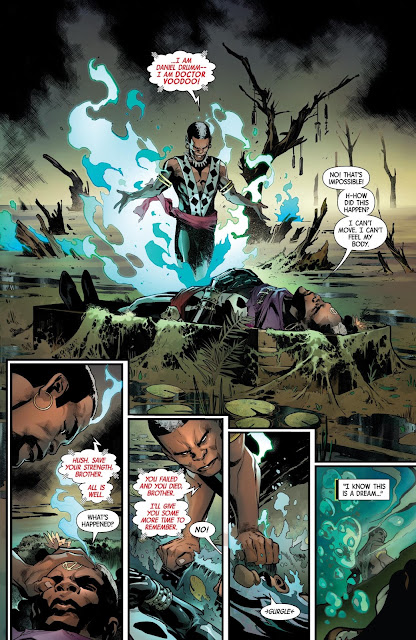 Pepe Larraz is back on art this issue and it looks fantastic. There are a ton of character cameos in this book, and I think he nails them all. Larraz is quickly becoming one of my favorite artists at Marvel. I’d love to see him tackle a big event book with the way he draws this many different characters.
Bits and Pieces:
While not much happened in this issue, I enjoyed the Deadpool parts and seeing how Red Skull used his newfound powers on the team. The art continues to be some of the best that Marvel is putting out and the story is interesting enough to keep me wanting more each month.
7.5/10