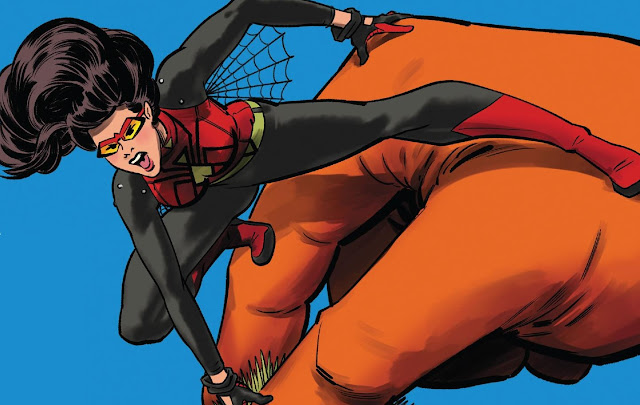 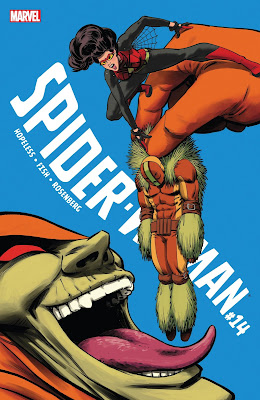 
Jessica Drew has a a lot on her plate, being a mother, superhero and now add mourning the loss of her best friend. Now on a crusade to Figure out which Hobgoblin killed her best friend Jessica is tracking down any lead she can.

The first scene in this story is heartbreaking. Jessica is reliving memories of Roger while crying over his death seen in the last issue. Having to pull herself together to take care of her son, Carol Danvers comes over and offers to watch her son so she can figure out who killed Roger and though Jessica is still mad at Carol she agrees. 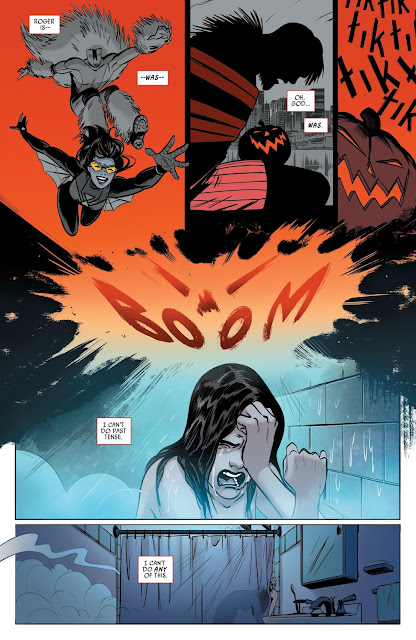 Spider-Woman kicks into high gear and starts her search in Moon’s Hollow talking to Roger’s Ex-wife trying see if he had any enemies or dealing with a Hobgoblin that would have caused this to happen. When his Ex-wife blows up at Jessica blaming her for Roger not really ever seeing his daughter because he was in love with her. In steps Ben to pull Jessica out of the house and confirms that Roger was in love with her but didn't want to tell her because he knew it wasn't mutual. He then shows her street cam footage of Roger walking into a bar known to be a hang out for villains owned by Rodrick Kingsley: The Original Hobgoblin.


Now with someone to track down Jessica goes down to the bar ready to kick ass and ask questions later, and she does just that: 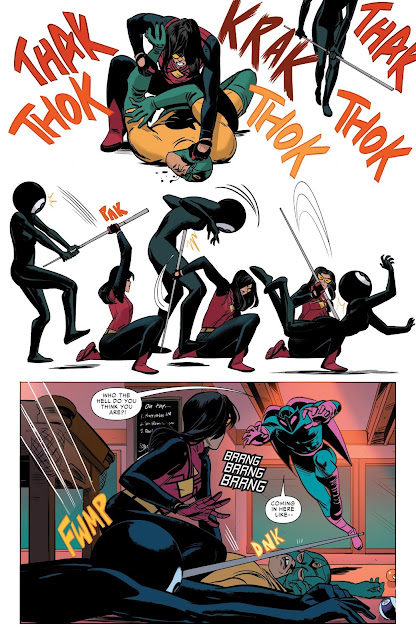 While fighting Jessica gets a call from Carol, she found something interesting in Queens. It turns out Porcupine was spotted robbing a bank, Jessica heads off to Queens to figure this out. She gets into a fight with Porcupine trying to figure out who is pretending to be Roger.
Bits and Pieces:
Not much bad to say about this issue good or bad, it was all set up for this arc. The artist did an amazing job showing emotions. My biggest issue is with the ending not drawing you further into the book.
6.7/10

Why Lawyers Use Legal Pads?
How to Keep Him Interested in You For…
WordPress Website Customization: Best…
Bikepacking - A Brief Introduction an…
A Brief Opinionated Overview of NIST’…