Sit Down and Have a Chat 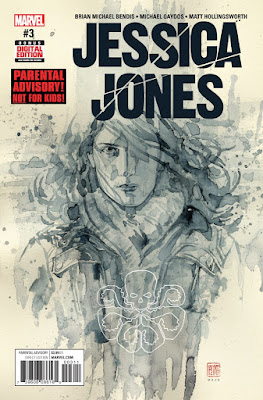 Written By: Brian Michael Bendis
Art By: Michael Gaydos, Matt Hollingsworth
Cover Price: $3.99
Release Date: December 14, 2016
Publisher: Marvel
*Non Spoilers and Score At The Bottom*
So I put the Jessica Jones series on thin ice last month when we got a second issue filled with nothing but questions. Few things happened and I left the issue with twice as many questions and not even the smallest answer. Now, I fully accept that this series is going to be a slow burn but this creative team has to give me something. I was beyond excited for this series after seeing what the character is all about in the Jessica Jones series on Netflix. I know things are going to be different but very little about this series has appealed to me. That said, this book is just starting and honestly, it is only one issue away from getting me back on board. So, will this book raise its game or will we be treated to yet another issue of mediocrity? Let’s find out.

Why Friday The 13th Will Be Your Luck…
F1 Delta Time Announces Auction of NF…
NVIDIA GeForce RTX 2060 Super and 207…
Beautiful Celebrity Couple Pics
Afraid or not, life still marches for…

When we last saw Jessica Jones, she had been kidnapped by a criminal known as The Spot and we pick up with her tied to a chair. Suddenly, a figure busts through the roof and comes to rescue her. Her rescuer is none other than the future version of her daughter who has taken the mantle of Ms. America. The two talk for a moment and we immediately are shown that it was just a dream and Jessica is still tied to a chair. Jessica immediately begins to taunt The Spot and by getting him angry, the Spot attacks. This allows Jessica to strike back as she grabs his arm in her teeth and takes a literal bite out of her captor. The Spot gets very angry and tells Jessica that he is going to kill her when he is stopped and dismissed by a woman. 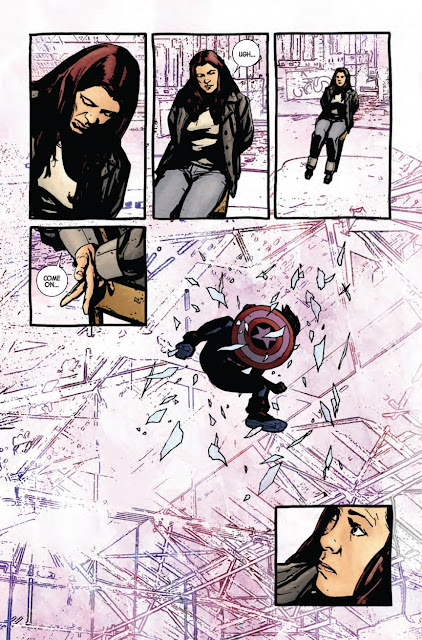 The woman apologizes for The Spot and for kidnapping Jessica but she couldn’t think of a better way to have them talk. The two talk for a while and it is revealed that this woman is the person that sprung Jessica from prison. We cut to Luke Cage who is investigating his wife and looking for their daughter. He finds himself in her office and he listens to her answering machine messages. He hears a message from a homicide detective who is looking for Jessica when the homicide detective shows up at the office too. The two talk about the situation with the dead wife that was one of Jessica’s clients and that she has seemed to disappear since then. We cut back to Jessica and the mysterious woman who continue their little questionnaire. Jessica tries to find out who she is working for and we rule out the usual suspects.
The woman reveals herself to be named Alison and that she wants Jessica to help her take down other superheroes. The woman turns out to be a victim of Captain Marvel’s preemptive justice and has seen the ill effects of the latest civil war. Alison has seen that Jessica has basically told all her superhero friends to go to hell and she thinks it is because she sees things the same way Alison does. Alison sees the superheroes as out of control and in some major need of readjustment. The way that these heroes have been putting themselves above others at the current moment is detestable to her and she thinks Jessica agrees with her. She frees Jessica from her restraints and allows her to leave. Jessica leaves the meeting and walks out the door to see that she is just across the street from her apartment building. Walking out of the building is Luke Cage and the homicide detective. Upon seeing them, Jessica leaps away and this is where the issue leaves us. 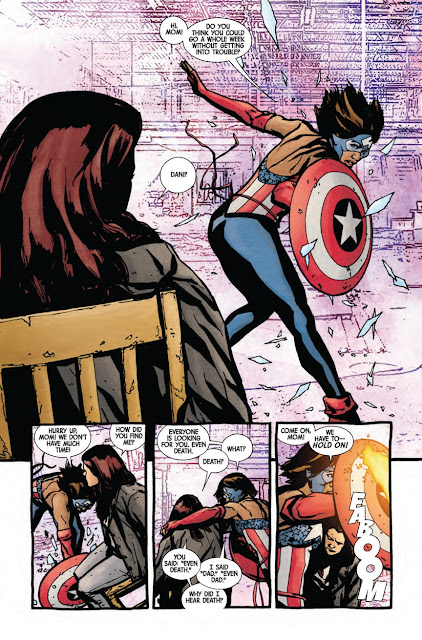 FINALLY! Finally we get something interesting in this book and I’m finally excited for this book. Like I said in my last review, I would prefer the story give us some answers while giving us new questions that stem from those answers. In this series, we find out how Jessica gets out of prison and why. We get introduced to a character that we’ve briefly seen before from the Civil War II crossover and how she wants to wage a war upon the superhero community to bring them down a few pegs. What is so interesting about this is that I’m not sure if Jessica will go against her or not. There is a lot that this woman has said that I think Jessica would agree with at this point and the fact that she doesn’t kick this woman’s ass immediately means that she’s probably considering it. That is a story that is interesting and that is a story I’m excited to read. This book is off of the thin ice and has quickly become a book that I want the next issue of.
Bits and Pieces
Jessica Jones finally gives us an intriguing and compelling issue as we are given some answers that reveal the overall idea behind this first storyline. It is incredibly satisfying but doesn’t end the questions that I still have about the book. It reveals enough without revealing everything and I think that’s pretty damn impressive. New questions race through my mind and instead of it being tedious and enraging, it is terrific and engaging.