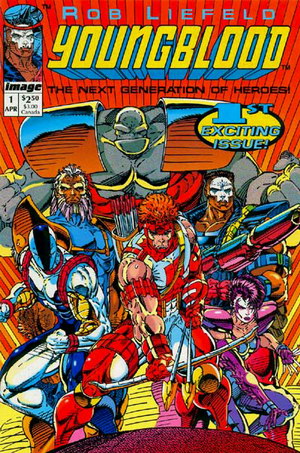 In this episode, Chris (@AceComics) and Reggie (@reggiereggie) dip into the best example of the Comic Book industry's EXTREME! period and read Youngblood #1 by Rob Liefeld! Both stories in this flip book get dissected, examined and voiced by the diligent Cosmic Treadmill team, even the parts that they didn't understand. They also detail the life and times of Rob Liefeld, and provide a complete history of the Youngblood property, from its first secret sighting that precedes this issue, all the way up until...today! It's gonna be a teeth-gritting, air-squatting trip back to those aggressive 1990s.