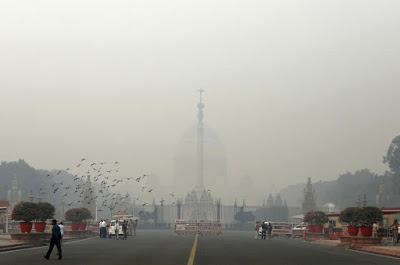 The air quality in Delhi, the capital of India, according to a WHO survey of 1600 world cities, is the worst of any major city in the world. Air pollution in India is estimated to kill 1.5 million people every year; it is the fifth largest killer in India. India has the world's highest death rate from chronic respiratory diseases and asthma, according to the WHO. In Delhi, poor quality air damages irreversibly the lungs of 2.2 million or 50 percent of all children. In November 2017, in an event known as the Great smog of Delhi, the air pollution spiked far beyond acceptable levels. Levels of PM2.5 and PM 10 particulate matter hit 999 micrograms per cubic meter, while the safe limits for those pollutants are 60 and 100 respectively. 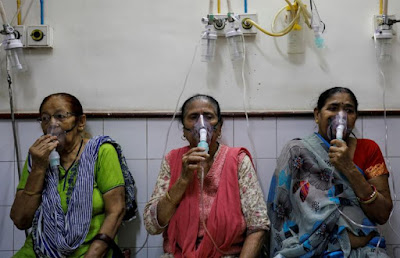 Air quality or ambient/outdoor air pollution is represented by the annual mean concentration of particulate matter PM10 (particles smaller than 10 microns) and PM2.5 (particles smaller than 2.5 microns, about 25 to 100 times thinner than a human hair). The world's average PM10 levels, for the period 2008 and 2013, based on data of 1600 cities in 91 countries, range from 26 to 208 micrograms per cubic meter of air (μg/m3), with the world average being 71 μg/m3. 13 of the 25 cities worldwide with the highest levels of PM are in India. 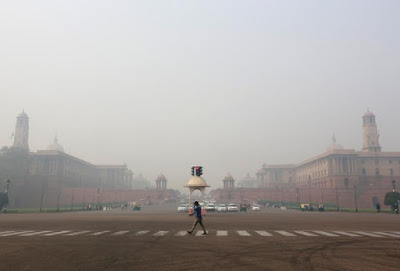 In 2010, the year of the WHO survey, the average PM10 level in Delhi was 286 μg/m3. In 2013, the PM2.5 level was 153 μg/m3. These levels are considered very unhealthy. In Gwalior, the city with the worst air quality in India, the PM10 and PM2.5 levels were 329 μg/m3 and 144 μg/m3 respectively. For comparison, the PM10 and PM2.5 levels in London were 22 μg/m3 and 16 μg/m3 respectively. The PM levels in Delhi have become worse since the WHO survey. In December–January 2015, in Delhi, an average PM2.5 level of 226 μg/m3 was noted by US embassy monitors in Delhi. The average in Beijing for the same period was 95. Delhi's air is twice as bad as Beijing's air. As of October 2017, experts in several monitoring stations have reportedly measured an air quality index (AQI) of 999. According to said experts this is the equivalent of smoking 45 to 50 cigarettes a day. This has led to some government officials, such as Arvind Kejriwal calling the nation's capital a "gas chamber". 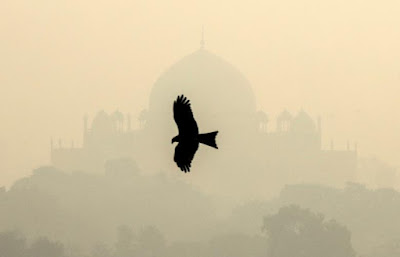 Motor vehicle emissions are one of the causes of poor air quality. Other causes include wood-burning fires, fires on agricultural land, exhaust from diesel generators, dust from construction sites, and burning garbage.[9][10] and illegal industrial activities in Delhi. The Badarpur Thermal Power Station, a coal-fired power plant built in 1973, is another major source of air pollution in Delhi. Despite producing less than 8% of the city's electric power, it produces 80 to 90% of the particulate matter pollution from the electric power sector in Delhi. During the Great smog of Delhi in November 2017, the Badarpur Power Plant was temporarily shut down to alleviate the acute air pollution, but was allowed to restart on 1 February 2018. Although Delhi is kerosene free and 90% of the households use LPG for cooking, the remaining 10% uses wood, crop residue, cow dung, and coal for cooking. (Census-India, 2012). Fire in Bhalswa landfill is a major reason for airborne particles in Delhi. Agricultural stubble burning also affects Delhi's air quality when crops are being harvested. Lack of active monitoring and reaction by authorities. Lack of political priority. 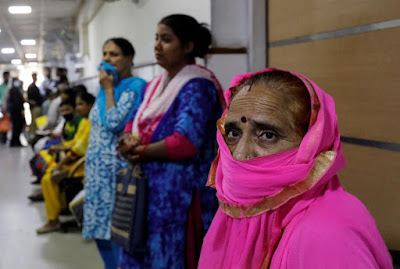 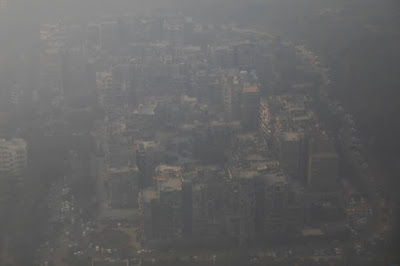 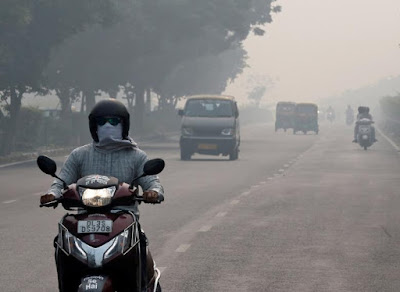 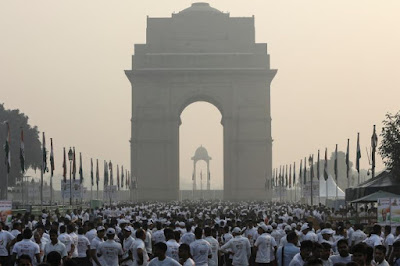 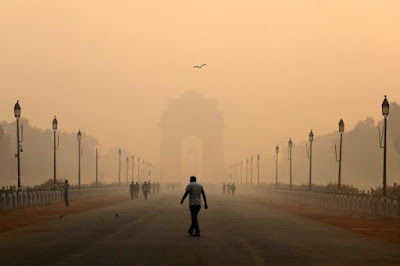