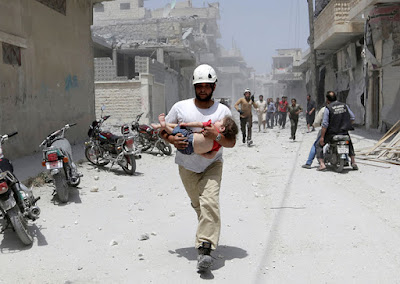 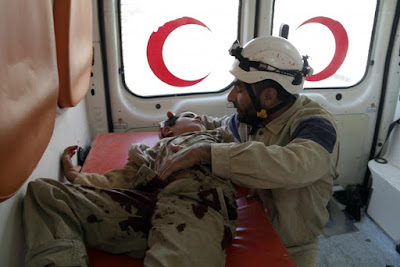 The rescue teams that later became SCD emerged in late 2012, when the Syrian government of Bashar al-Assad began to lose significant amounts of territory to the Free Syrian Army in the Syrian Civil War. This led to a shift in tactics in which Syrian government forces began to target opposition-held civilian communities with systematic and indiscriminate surface-to-surface and aerial bombardment by the Syrian Army and the Syrian Arab Air Force. In response, small groups of civilian volunteers from affected communities, particularly in Aleppo and Idlib, self-formed to assist neighbors injured in bombardment or trapped under the rubble of destroyed buildings. Very quickly, training, funding and support from a broad, international array of partners - including donor governments in Europe, the US and Japan; the Turkish AKUT Search and Rescue Association; and a variety of NGOs, private individuals, public fundraising campaigns, and charities - became a key factor in the development of the organisation. 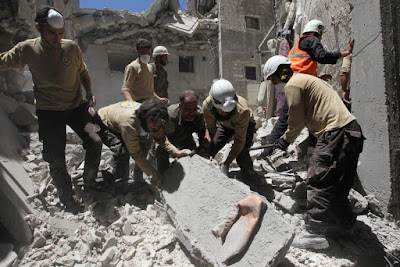 Local and provincial councils joined with ARK's stabilisation consultant and ex-British Army Officer, James Le Mesurier, and AKUT to create the first training programme in early 2013. ARK would facilitate entry of volunteers to Turkey, where they would be trained by AKUT. Early training courses include trauma care, command and control and crisis management. Over the next two years, the number of independent civil defense teams grew to several dozen as graduates of the early trainings such as Raed Saleh established new centers; the national organisation of SCD was founded on 25 October 2014 at a conference of independent teams. 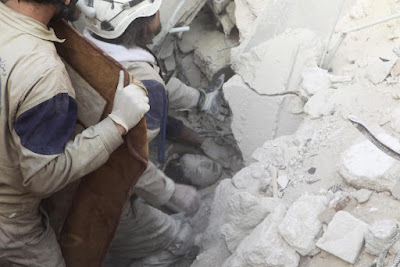 SCD has grown to be an organization of over 3,000 volunteers operating from 111 local civil defence centers across 8 provincial directorates (Aleppo, Idlib, Latakia, Hama, Homs, Damascus, Damascus Countryside, and Daraa). In October 2014, these self-organised teams came together and voted to form one national organization: Syria Civil Defence. As of January 2017, the SCD claims to have rescued over 80,000 people since they began to keep count in 2014 from the effects of the civil war. According to The Economist, approximately one in six SCD have been killed or badly wounded, "many by “double-tap” Russian and Syrian airstrikes on the same site as they search for bodies." The SCD was nominated for the 2016 Nobel Peace Prize and was a recipient of the 2016 Right Livelihood Award, the "Alternative Nobel Prize". 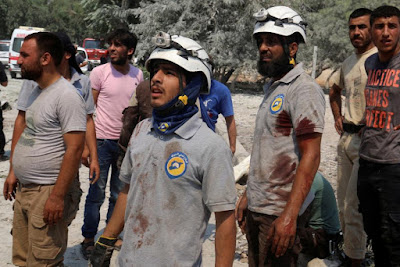 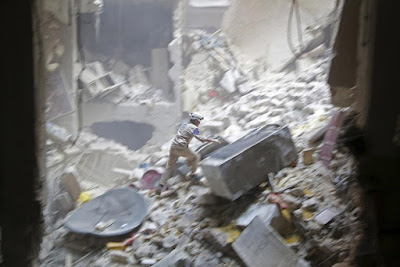 SCD's stated mission is "to save the greatest number of lives in the shortest possible time and to minimize further injury to people and damage to property." Their work covers the 15 civil defense tasks as laid out in international humanitarian law (IHL); the bulk of their activity in Syria consists of urban search and rescue in response to bombing, medical evacuation, evacuation of civilians from danger areas, and essential service delivery. The most prominent role of SCD was rescuing civilians from strikes with barrel bombs, improvised explosive devices dropped from by SAAF helicopters. Following the intervention of Russia in Syria on September 30, 2015, much of the work of SCD has been responding to attacks by Russian Air Force attack aircraft. As well as providing rescue services, SCD undertakes repair works such as securing damaged buildings and reconnecting electrical and water services, clearing roads, teaching children about unexploded ordnance hazards, as well as firefighting and winter storm relief. Sometimes described as the most dangerous job in the world, SCD operations involve risk from a wide variety of war-zone threats. 159 White Helmets have been killed since the organization's inception. As of 2015, SCD had an annual budget of $30 million provided by a mix of state donors and public fundraising. Volunteers who work full-time receive a $150 monthly stipend. 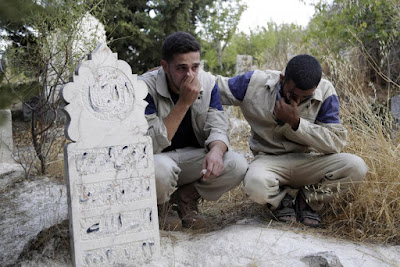 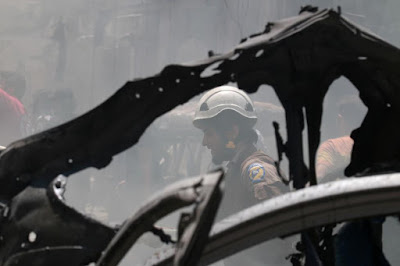 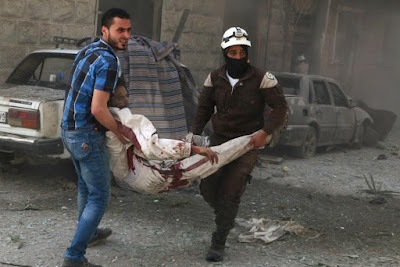 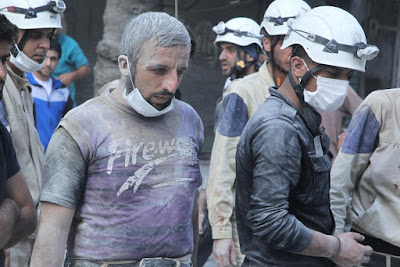 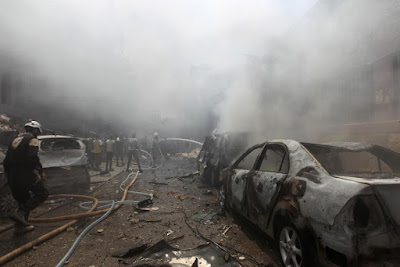 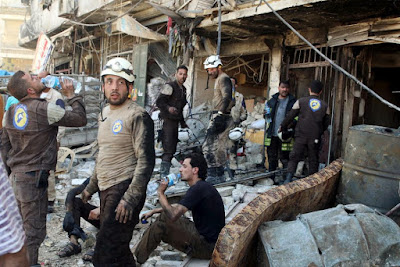 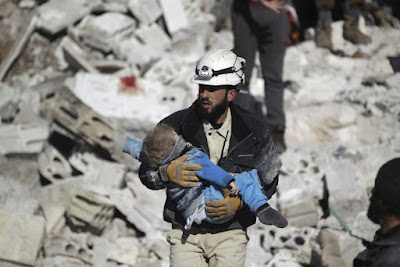