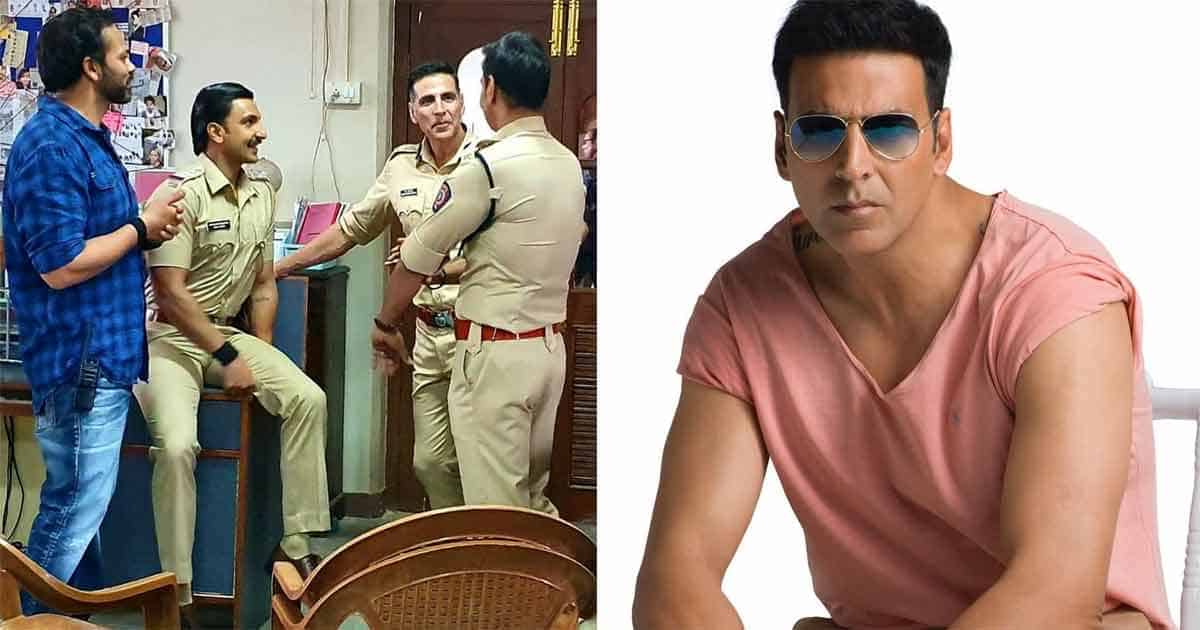 IPS Officer Gets An Explanation From Akshay Kumar, After He Spots A Mistake In Sooryavanshi Set Photo (Photo Credit: Twitter & Facebook)

Maharashtra Chief Minister Uddhav Thackeray recently took the decision to reopen Cinema halls from October 22. With that, Rohit Shetty and Akshay took no time to announce the release of their long-delayed film Sooryavanshi. The actor took to Twitter and shared the good news along with a BTS picture featuring Ranveer Singh and Ajay Devgn. However, Ips Officer RK Vij made a comment in a photo that grabbed Khiladi Kumar’s attention.

NCAA COVID Protocols: Can’t Play? For…
World’s Largest Airplane in Line to L…
An Officer and a Spy
Four Roles of a CTO in Your Startup
Self Motivation: How to Keep Moving F…

The much-awaited cop drama will be the first Bollywood film to get released in Maharashtra’s cinema, 18 months after the theatres were shut in the wake of the Covid-19 pandemic

Thanking Maharashtra CM, Akshay Kumar shared a behind the scene photo from the sets of Sooryavanshi, along with Ajay Devgn, Rohit Shetty and Ranveer Singh having a conversation in police uniforms. IPS officer RK Vij commented on the photo, pointing out a mistake and wrote, “इंस्पेक्टर साहेब बैठे हैं (तन कर) और एस पी साहब खड़े, ऐसे नही होता है जनाब (The Inspector is sitting while the SP is standing, this does not happen).”

Ranjeet Recalls Hitting Sridevi With A Hunter, Laughing Like A Villain On Camera & Wailing On The Day His Father Died

Akshay Kumar’s Bachchan Pandey Teaser To Be Out With Sooryavanshi? Double Dhamaka For Fans!

Reacting to the comment made by IPS officer RK Vij, Akshay Kumar explained, “Janab ye toh Behind the Scenes photo hai. Hum Kalakaar logon ke liye jaise hi camera on hua, ekdum protocoal waapas. (Sir, this is a Behind-the-scenes photo. For us artists, as soon as the camera is turned on, protocol returns.) Regards forever to our great police forces. Hope you like the film when you watch it.”

Regards forever to our great police forces. Hope you like the film when you watch it.

Thanking the Bollywood star for his quick reaction, the IPS officer replied, “Thank you for your response and respect you showed for the forces @akshaykumar My comment was also in a lighter vein Will definitely watch the film.”

Will definitely watch the film

Sooryavanshi is the next chapter in Rohit Shetty’s cop universe, the film was supposed to get release in cinemas on March 22, 2020, but due to global pandemic and lockdown, the film got further delayed multiple times, as of now, the team is confident to release the film on Diwali.

Apart from Akshay Kumar, the action thriller features Katrina Kaif, along with cameos of Ranveer Singh and Ajay Devgn.

Must Read: When Sanjay Dutt Was Blasted By Father For Eating On The Sets, “Don’t Think You Are Sunil Dutt’s Son”

This post first appeared on Latest Bollywood News, please read the originial post: here
People also like
NCAA COVID Protocols: Can’t Play? Forfeit
World’s Largest Airplane in Line to Launch Space Vehicles
An Officer and a Spy
Four Roles of a CTO in Your Startup
Self Motivation: How to Keep Moving Forward In Your Career or Business