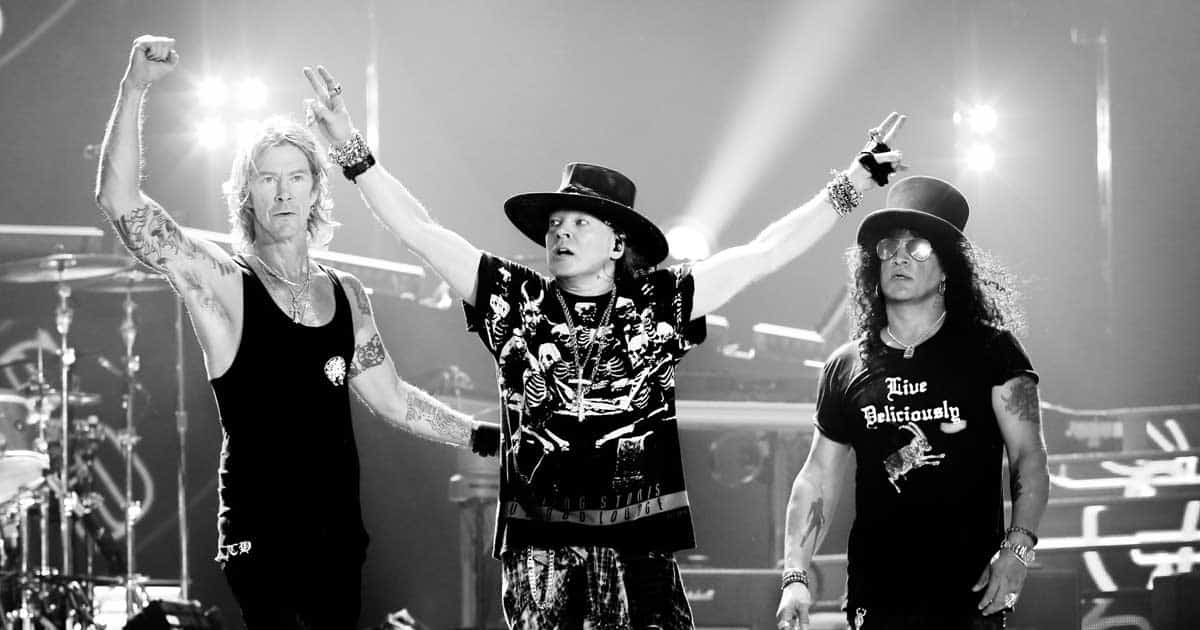 Just as Guns N’ Roses’ show hits the road, ‘Hard Skool’ is both a return to the school of hard knocks and old-school Gunners, reports Billboard.com.

The band made the announcement on Instagram, “Hard Skool is Fn here!! Stream it now.”

Originally bearing the working title ‘Jackie Chan’, ‘Hard Skool’ is a studio recording of a previously unreleased effort from the 2008 ‘Chinese Democracy’ era.

It’s a flat-out, no-mucking-around rock number, peppered with smoking guitar licks. On it, Axl Rose sings, “But you had to play it cool, had to do it your way/Had to be a fool, had to throw it all away/Too hard school and you thought you were here to stay/ If that were true, it wouldn’t matter anyway.”

For a band with a reputation of keeping their fans waiting, ‘Hard Skool’ is their second release in as many months, following the release of ‘Absurd’, also a revamp of an unreleased song from ‘Chinese Democracy’.

On the latest record, Rose is listed as co-producer alongside ‘Chinese Democracy’ co-producer Caram Costanzo. Seven co-writers worked on the release, just the second since the return of original members Slash and Duff McKagan in 2016 for the group’s long-running ‘Not in This Lifetime’ trek.

The new track coincides with the start of the band’s North America tour starting on Thursday at Schottenstein Center in Columbus.