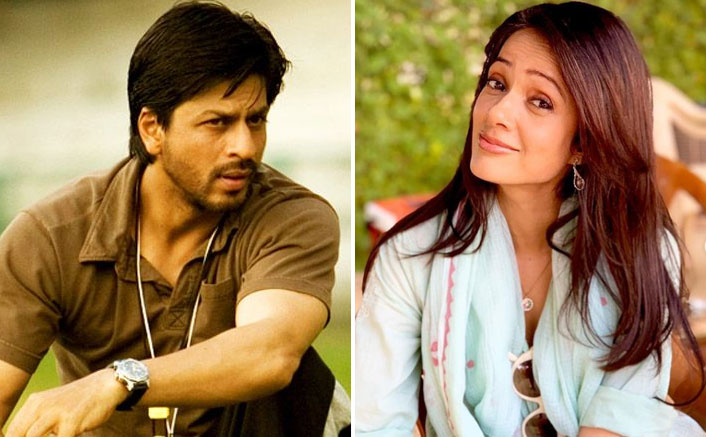 Actress Vidya Malavade fondly recalls working with Shah Rukh Khan in the Shimit Amin directorial, Chak De! India, saying he will always be Coach Sir for all the girls in the cast of the 2007 sports drama.

“For all the girls who were a part of that film, Mr Shah Rukh Khan will always be Coach Sir. He took so much care of us while we were shooting for that film. He never made us feel that we are any less than him,” she said.

“I think that is just a way he is. If you work with him or when you meet him, he just puts you on a pedestal and you feel you are floating! He is extremely charming and intelligent. I think I would have done something right in this birth or my last birth that I got an opportunity to share screen space with him. It’s always a pleasure to watch him on a big screen because the eternal romantic man that every woman wants is brought alive by Mr Khan,” added Vidya Malavade.

Govinda Reacts To Krushna Abhishek’s Comments: “Washing Dirty Linen In Public Is An Indication Of Insecurity”

In Chak De! India, SRK played the coach of Indian women’s national hockey team, and the film depicts how he moulds an underdog team into eventual world champions. Vidya Malavade played the captain and goalkeeper of the team.

She is currently seen in the web series Mismatched, which casts her as an older student Zeenat Karim who is struggling to find her feet and adapt in the new, evolving world.

“I got on board for ‘Mismatched’ just two days before we started shooting. So, there was no time for me to prepare for my character. My character in the series belongs to Hyderabad, so it was an impossible task for me to get nuances right in such a short period of time. So, we decided to bring a Lucknowi accent in my performance. When I play a character, I always try to add something from my side,” said Vidya Malavade.

Mismatched is directed by Akarsh Khurana and Nipun Dharmadhikari. The series is currently streaming on Netflix.