Vijay Varma Has Hilarious Reaction When Asked About Movie With Alia Bhatt In Shah Rukh Khan’s Next! EXCLUSIVE 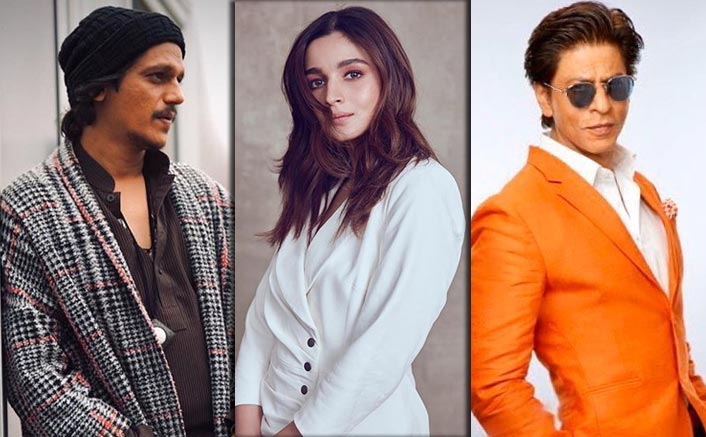 Vijay Varma Has Hilarious Reaction When Asked About Movie With Alia Bhatt In Shah Rukh Khan’s Next! EXCLUSIVE(Pic credit – Instagram )

Vijay Varma made a place for himself in people’s hearts as Moeen with Gully Boy (2018). A lot of people couldn’t stop praising him for his friendship with Ranveer Singh’s Murad and his dialogues. Now, the actor is all set to enthral the audience with Amazon Prime’s Mirzapur 2. Recently, there were reports that Varma will be seen in Shah Rukh Khan’s next production alongside Alia Bhatt.

Metropolitan Museum’s Emperor’s Carpe…
Bitcoin Becomes A ‘Black Money’ Sourc…
14th August – Independence Day of Pa…
Devops Holds All The Aces. Is It Wort…
My Most Anticipated Retellings From J…

The reports had stated that the film is a dark comedy and Alia will play Vijay’s wife in it. Tentatively titled as ‘Darlings’, the film, being produced by Red Chillies Entertainment is expected to go on floors in April 2021.

Koimoi spoke to Vijay Varma if he is working in Shah Rukh Khan’s next production alongside Alia Bhatt. The Gully Boy actor had a hilarious reaction to the question. The Mirzapur 2 star said, “Yes, I have also heard this news. I don’t know if it’s true or not.”

When asked if there is any such project and he gets approached by SRK, will he say yes or not? Vijay Varma replied, “If there’s a possibility of doing a film with Alia Bhatt, I’ll do it.”

Well, the actor might have given a hilarious response, he didn’t deny about doing a movie with Alia Bhatt. We all have to wait till the makers and actors make an official announcement regarding the same.

Do you want to see Vijay and Alia in Shah Rukh Khan produced movie? Let us know your views in the comments section below.

The post Vijay Varma Has Hilarious Reaction When Asked About Movie With Alia Bhatt In Shah Rukh Khan’s Next! EXCLUSIVE appeared first on Koimoi.

Devops Holds All The Aces. Is It Worth Adopting?

Vijay Varma Has Hilarious Reaction When Asked About Movie With Alia Bhatt In Shah Rukh Khan’s Next! EXCLUSIVE