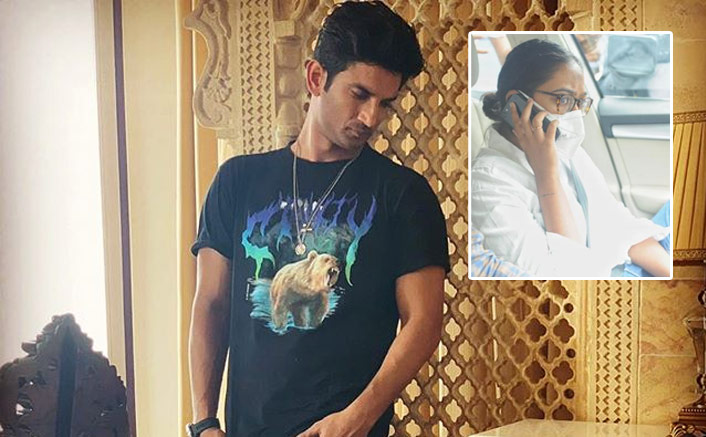 The sensational death case of Sushant Singh Rajput has shocked the entire nation with many unexpected twists and turns. After Rhea Chakraborty’s talent manager Jaya Saha busted in the alleged the drug racket in Bollywood, two top actress’ name has surfaced. Reportedly, she had supplied drugs to the two actresses.

The talent manager’s name propped up during an investigation conducted by Narcotics Control Bureau (NCB) after her chats with Rhea Chakraborty were accessed by the Enforcement Directorate (ED). The agency is currently investigating the money laundering angle of the late actor’s death case.

In the two days of grilling by the NCB, Jaya Saha has revealed that she procured CBD oil, which is banned in India, for Shraddha Kapoor. She has also conceded that she had ordered the CBD oil for Sushant, Rhea Chakraborty, film producer Madhu Mantena as well as for herself, as per Times Now report.

Inside scoop from the NCB interrogation of Jaya Saha.

The talent manager, who works for Kwan Management agency, has revealed in her statement to NCB that she last spoke to Sushant Singh Rajput on June 5, 2020, regarding a film. The actor had liked the script but had disagreements with the signing amount. She also revealed that she had met the late actor in March 2020 when he was not keeping well. She also knew about his depression after he had revealed to her in December.

While Jaya Saha and Shruti Modi has been summoned today again by the NCB, reports from the channel also state that the talent manager is likely to be arrested based on chats she had with other celebrities. She along with other talent managers had allegedly supplied banned substances like ‘CBD oil’, ‘ecstasy pills’, ‘weed’ and ‘marijuana’ to Bollywood actors.

Furthermore, NCB has summoned the director of the Kwan Management agency. The aganecy also plans to probe Deepika Padukone only if they find any loop holes in Karishma Prakash’s questioning.

What do you think about the latest developments in Sushant Singh Rajput’s death case? Let us know in the comments section below.

Must Read: Gangubai Kathiawadi: Alia Bhatt & Sanjay Leela Bhansali To Get Back On Sets In October?