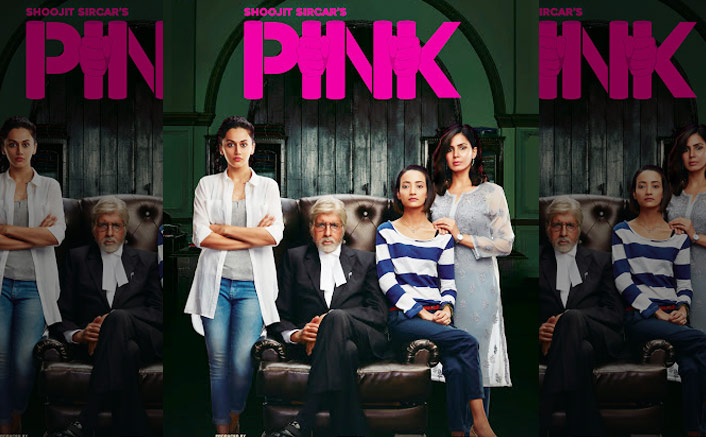 The thriller Pink was released four years ago on this day and the star cast, including Taapsee Pannu, Angad Bedi and Kirti Kulhari, took time out on Wednesday to recall shooting for the courtroom drama.

Ajay Devgn In YRF’S 180-Crore Budget Film, To Be ‘Dhoom’ In The Superhero Universe – Deets Inside!

Taapsee Pannu, Angad and Kirti shared stills from the film on Instagram Story. Angad, who played the antagonist, also shared how the film changed his life.

Angad Bedi wrote, “It released today on 16th September.. the film that not just changed our society but also our lives .. thank you @amitabhbachchan sir and @shoojitsircar da for the film. #nomeansno became a movement.”

Meanwhile, The Anurag Kashyap directorial Manmarziyaan completed two years on Monday. Recalling working on the project, actors Taapsee Pannu and Vicky Kaushal took to Instagram and shared a few moments from behind the scenes.

Taapsee posted a picture where she is seen with Anurag Kashyap and writer Kanika Dhillon.

“2 years of #Manmarziyaan. 2 years with these 2. And Rumi lives on ….#LaalPari,” she wrote, about her on-screen character Rumi, free-spirited girl.

Vicky shared a picture of his look from the film. Wearing blue spiked hair and a fashionably trimmed beard, Vicky had enthralled his fans with his funky look in the film.

Must Read: Karan Johar Jets Off To Goa With His Mom & Twins Yash, Roohi