The mom-com, Jai Mummy Di has been so much in talks ever since the trailer was released and the songs have been such a rage and the youth cannot just stop their moves on the same and the testimony of the same are the pictures where Sunny Singh and Sonnalli Seygall had a gala time at recent college fest in Mumbai.

Sunny Singh and Sonnalli Seygall recently attended a college fest at a prestigious college in Mumbai. The star cast even promoted their upcoming film Jai Mummy Di and interacted with all the students present over there. 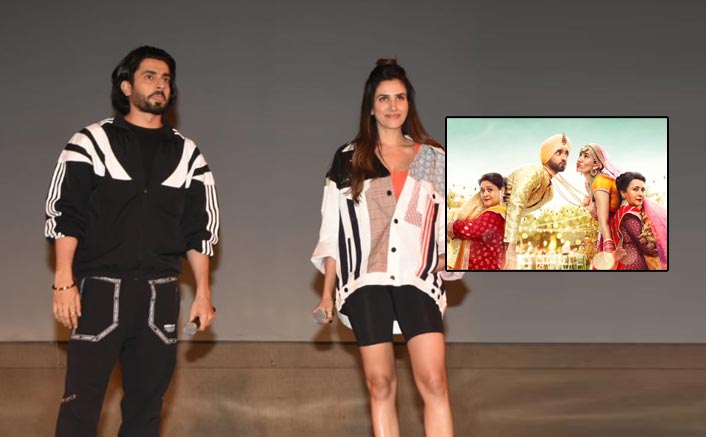 Sunny and Sonnalli instantly hit the chord with the students as the Pyar Ka Punchnama fame Jodi also shook a leg on the most famous track Mummy Nu Pasand. The students also joined the stage and it was just such a heartwarming time for all.

The energy of the Jai Mummy Di star cast so infectious that all had an amazing time.

The makers even shared some snippets of the fest on their social media captioning it , “A fantastic time at iitbombay with Sunny Singh and Sonnalli Seygall dancing to the tunes of Mummy nu pasand”

The light-hearted family comedy will show how conflicting dynamics between the mothers leads to muddled chemistry between their own children. Written and directed by Navjot Gulati, the film has been produced by T-Series’ Bhushan Kumar and Krishan Kumar and Luv Films’ Luv Ranjan and Ankur Garg. It is slated to release on January 17, 2020.

2 excellent tips for free motion stitch in the ditch