Year 2020 is all set to start with a bang for Shah Rukh Khan’s kids. Suhana Khan, Aryan Khan, AbRam Khan along with Ananya Panday and other friends are set to celebrate the new year’s eve together in King Khan’s Alibaug farmhouse.

The lovely pictures of the group are going viral on the social media website Instagram. In the pictures, all of them are seen posing together in a super happy mood. Have a look-

Ananya Panday and Suhana Khan are best friends forever and it’s such a treat to see them getting ready to welcome 2020 together. However, we wonder where’s Shanaya Kapoor? 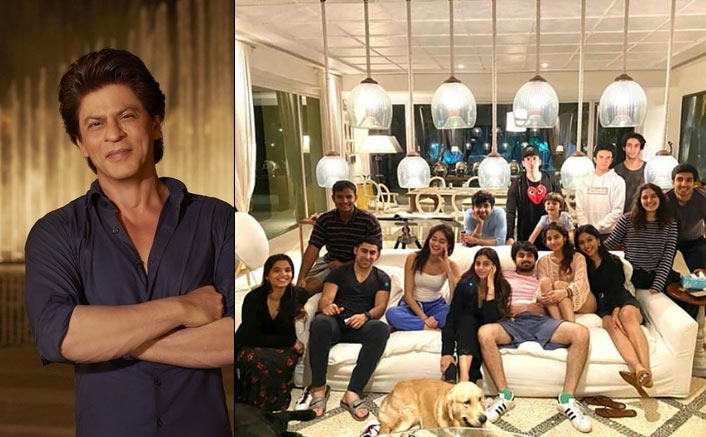 Meanwhile, Ananya Panday had a pretty successful 2019 with her latest release Pati Patni Aur Woh proving to be a Hit. She is all set to enter 2020 on a promising note as she will be seen in a fun film Khaali Peeli alongside Ishaan Khatter and an untitled romantic film by Shakun Batra. The film will also have Deepika Padukone & Siddhant Chaturvedi.

Suhana Khan also made her acting debut on YouTube. Her debut act, in the short film The Grey Part Of Blue, is available for viewing on the video-sharing platform, and most fans who have watched the film have liked it.

At the time of going live with this report, the film is enjoying 1,6000 likes against 145 dislikes on YouTube.

Suhana, who in the past has spoken about her ambition of being an actress, is currently honing her skills in the United States. She is studying acting in New York.

Her debut film is a 10.05-minute fiction film that stars Suhana with Robin Gonella. The film tells the story of a young couple on a two-day road trip. They are on way to meet the girl’s parents when situations force them to face certain truths about life, love and their relationship.