Indian Idol Judge Himesh Reshammiya, who had launched Deepika Padukone in his album ‘Aap kaa surroor’ with the blockbuster hit song ‘Nam Hai Tera’, performed the same song on his reality TV show Indian Idol 11 with Deepika making everybody nostalgic. Deepika had come to promote her new movie Chhapaak on the show.

Deepika Padukone reminisced her old days and thanked Himesh Reshammiya for launching her. But Himesh very modestly said that he has launched other girls in the industry too but there’s only one Deepika so the credit goes entirely to her hard work and dedication and not him at all.

Himesh also said that he loved the trailer of her upcoming film Chhapaak and he even messaged Deepika the same day saying that it takes a lot of courage and hard work to work on such a difficult role and hats off to her and Meghana Gulzar for such a brilliant script. Himesh also said that he is very sure that Deepika will receive the national award for Chhapaak. 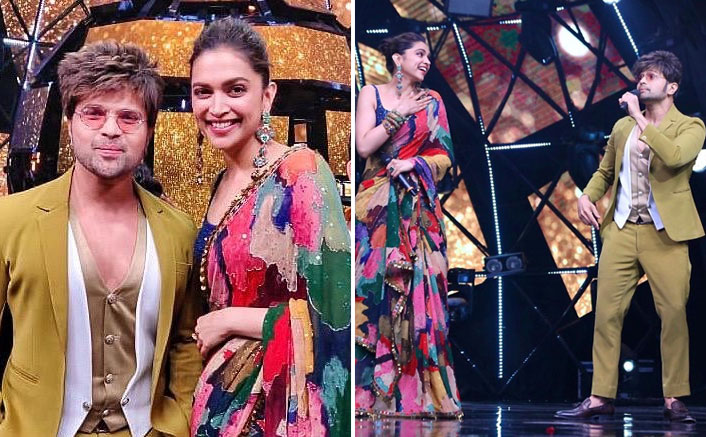 Himesh also got very emotional when he met Laxmi Agarwal and said that Laxmi Agarwal (On whom the film Chhapaak is based) is a star for whom the entire world should clap for. Himesh took a selfie with Laxmi and said that he will always cherish this moment. Laxmi Agarwal came on the sets of Indian Idol and also sang the beautiful song Lag Jaa Gale which for Deepika.

Himesh is known to launch a lot of people in the industry and the recent example is Ranu Mondal whom he launched as a singer in his upcoming film Happy Hardy and Heer. Ranu Sang for the super hit song Teri Meri Kahani that went viral in no time.

Himesh’s film Happy Hardy and Heer releases on 31st Jan and the trailer will come out soon. As for Deepika’s film Chhapaak, it hits the theatres on January 10, 2020.

The post Indian Idol 11: ‘Nostalgic’ Deepika Padukone Thanks Himesh Reshammiya For Launching Her With The Song ‘Naam Hai Tera’ appeared first on Koimoi.