The year of 2019 ended with two big releases Dabangg 3 and Good Newwz. While the former released on Dec 20, the latter hit the cinemas this Friday i.e. Dec 27.

There were immense expectations from both films and while Good Newwz has done well, Dabangg 3 has highly underperformed. Also, it must be noted that the Salman Khan starrer did more business compared to Akshay Kumar’s film in the first weekend but it was expected to do far more than what it did. 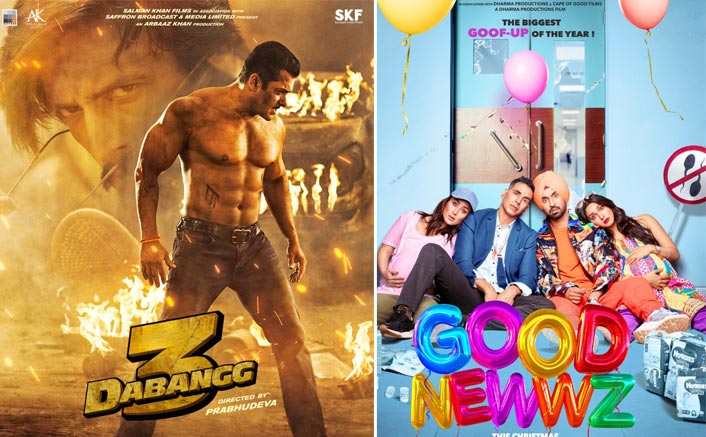 Here’s the first-weekend comparison of both Good Newwz and Dabangg 3.

The Akshay Kumar starrer started comparatively lower than the Salman Khan film and had lower weekend total too but it trended better than Salman Khan starrer. It will be interesting to see the weekdays trending of Good Newwz and how it compares to the business done by Dabangg 3 between the period of Monday-Thursday.

Akshay Kumar’s film is facing its Monday test today and the drop it will see will make the picture more clear regarding the public acceptance of the film.

The post Dabangg 3 VS Good Newwz 1st Weekend Comparison At The Box Office: Which Film Is Better? appeared first on Koimoi.