Ranbir Kapoor and Ajay Devgn’s untitled Film with Luv Ranjan has been in the talks for quite a time now. The film which would mark their second collaboration after Raajneeti, had everyone excited for it. But the film was just being delayed month after month. The wait come to a point where it was announced that the film is completely being shelved.

طريقة تحميص البن في البيت
Exhibit D: Lipstick and rifles--Ukra…
8 Places to Drink Coffee in KC that …
What Will Happen At Man Utd After Thi…
Sobriety And The (Misguided) Pursuit …

Well, the good news is that the film is very much happening but will take a little more time. Yes, this development was shared by none other than Ajay Devgn himself. While talking to Pinkvilla, the Tanhaji actor said, “It is happening but, because I am so stuck up, and pushing dates. It will happen by the end of 2020 hopefully.” 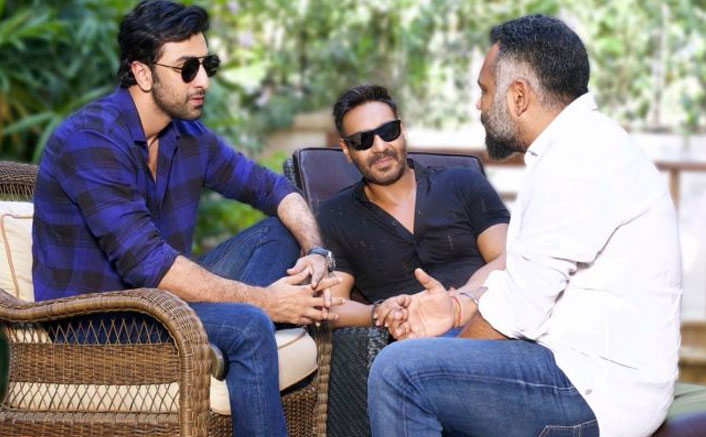 Deepika was a part of the film too but the actress walked out of the film for certain reasons. It was said that after her exit, Ajay too was planning to opt-out of the film but this news comes in as a relief for all the fans. Now, we will have to wait and see when the film actually goes on the floors.

Earlier, a report by Filmfare also suggested that Shraddha Kapoor has been approached to play Ranbir Kapoor’s lady after Deepika’s exit. “Shraddha is in talks with Luv and makers are reportedly keen to have on board. She has not worked with Ranbir and Ajay before so the project got her really excited. She even met Ajay to discuss the film. If all works out well, they will make an official announcement soon,” reveals a source close to the development.

Apart from this, Ranbir Kapoor will next be seen in Brahmastra opposite his lady love Alia Bhatt. The movie has been directed by Ayan Mukerji and also stars the Bollywood legend Amitabh Bachchan. As for Ajay, he is busy promoting his upcoming film Tanhaji: The Unsung Warrior along with Saif Ali Khan and Kajol. Ajay starrer film releases on January 10, 2020.

The post Ajay Devgn Spills Beans On Luv Ranjan’s Next With Ranbir Kapoor; Reveals The Reason Behind The Delay appeared first on Koimoi.

What Will Happen At Man Utd After This Season – Woodward Reveals