Tollywood Superstar Mahesh Babu is currently busy with the promotions of his much anticipated Sarileru Neekevvaru. The actor recently paid a visit to Shirdi to seek blessings of the almighty. Mahesh Babu was accompanied by his wife Namrata Shirodkar and both his children, Gautham & Sitara.

And now, thanks to the superstars’ fans, the pictures of the Telugu superstar and his family from Shirdi have gone viral. Check them out: 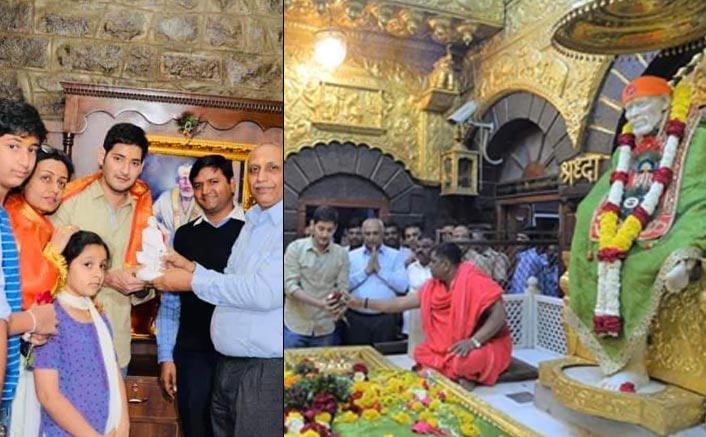 Mahesh Babu will be seen as an army major named Ajay Krishna in Sarileru Neekevvaru. The film features Rashmika Mandanna as the female lead.

The songs, teaser and posters from the film have been well received by the audience.

The pre-release event of the film will be held on 5th January at LB Stadium in Hyderabad. Gracing the event will be none other than Tollywood megastar Chiranjeevi as a chief guest.

Sarileru Neekevvaru is been helmed by filmmaker Anil Rabipudi, and it is been bankrolled by Anil Sukara and Dil Raju under Sri Venkateswara Creations.

The music for the Mahesh Babu starrer is been composed by Devi Sri Prasad aka DSP.

Sarileru Neekevvaru is a Sankranthi release that will release on 11th January 2020.

The post Sarileru Neekevvaru: Prior To His Big Release, Mahesh Babu Visits Shirdi To Seek Blessings appeared first on Koimoi.