In her new Film “Bala“, Yami Gautam plays a beautiful TikTok star who is shattered when she discovers her on-screen husband played by Ayushmann Khurrana is a bald man. In real life, however, Yami says she wouldn’t mind having a bald man in life.

“Why not?” said Yami, asked if she would be okay having a bald man as her partner. 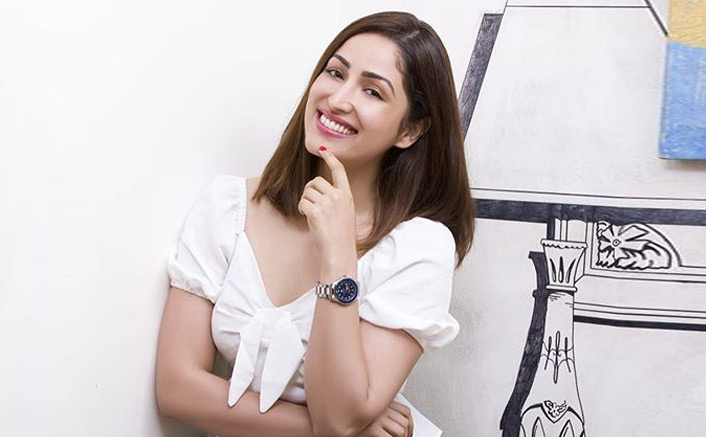 She added: “I feel bald men are really cool. They look really cool. The idea of the film is to tell people that they should love themselves first, and only then can you expect others to love you,” said Yami, while interacting with the media after a special screening of “Bala” in Mumbai.

In the Amar Kaushik-directed “Bala”, Ayushmann plays a young man in Kanpur who suffers from premature baldness, and who lacks confidence owing to the societal pressure that comes with balding. The film also stars Bhumi Pednekar.

“Amar (Kaushik) told me that I had to react like Pari (her character in the film), and not like Yami,” said the actress.

“Bala” has done good business so far, crossing the Rs 50-crore mark on its fourth day. The film earned Rs 8.26 crore on Day 4, taking its total collection at the end of four days to Rs 52.21 crore.

Talking about the film’s success, Yami said: “I am happy with the way the film is doing (business) in theatres because we all knew that Amar (Kaushik) has made a really good film. But when you get such a response that shows in the box-office numbers, it feels special. In just three days, the film has done really well. We are getting a lot of calls and messages, and people are sharing videos while watching the film in theatres so, it feels very overwhelming.”

Yami added: “People are connecting with the film and are saying they find the film funny and entertaining.

I played a very different role in the film for the first time. I am feeling really happy that I got the opportunity to play Pari who is a TikTok queen so.”