Prabhas owns 2019 as his movie Saaho became one of the highest grossing films not only in South but in all over the world. Fans are showering the love from every corner of the world and the most unique surprise is the one we witnessed from fans in Japan.

Sometimes it’s tough to believe that fans can go to any extent but Prabhas’ fans from Japan have proven this phrase by selling their food in the glasses which have a picture of the actor on it which shows that it’s the way their Spicy Food gets recognition by his ardent fans in Japan. 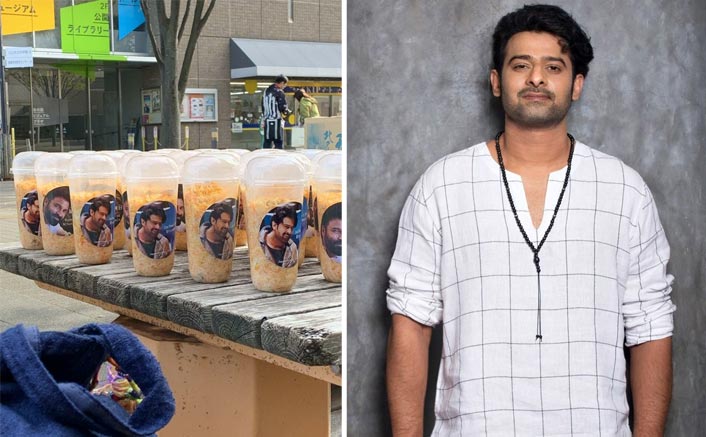 It was the 17th Triumphant years of Prabhas era when he got this surprise. Undoubtedly, Prabhas fans can go to any extent and are eagerly awaiting his next film after Saaho.

Recently, the actor was in London for the special screening of Baahubali: The Beginning” which made history as the first Non-English film in history to be screened at the Royal Albert Hall.

On the work front Prabhas was last seen in the film Saaho and will be next seen under the direction of ‘Jil’ fame Radha Krishna Kumar. The working title of the movie is ‘Amour’ that stars Pooja Hegde opposite him.

The post Prabhas Becomes A Symbol Of Spicy Food In Japan, All Thanks To His Stardom & Great Fan Following appeared first on Koimoi.