Alia Bhatt and Ranbir Kapoor never shy away from making public appearances together. Since the time RaLia made it official that they are together, their fans can’t get enough of them. Whether it’s leaked picutres from the sets or holiday, their admirers love to see anything about the couple.

Yesterday, a lot of Bollywood celebs attended a Ganesh Puja in Mumbai as the festival of Ganpati has now begun. Alia Bhatt and Ranbir Kapoor attended the festival together and even posed for the shutterbugs. For the same, the Raazi actress opted for a gorgeous pink saree. 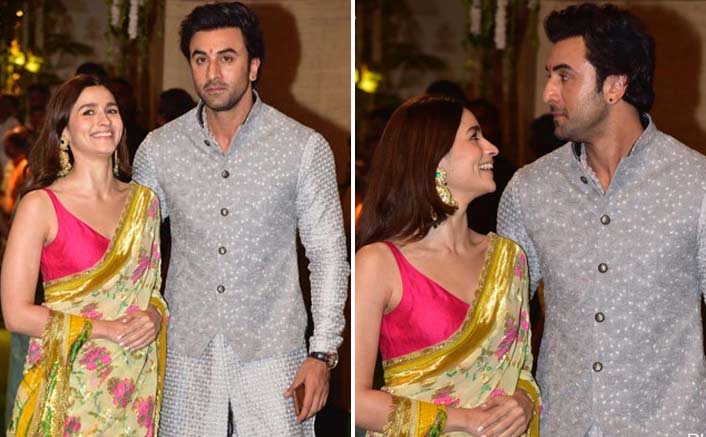 After clicking the pics together for the shutterbugs, when Alia was walking ahead, she almost tripped in her saree. It was then her beau Ranbir Kapoor came to the rescue who held her on her back. Seeing this lovely gesture, fans are raving about the couple in the comments of this video going viral.

Alia Bhatt and Ranbir Kapoor fell in love on the sets of Brahmastra in 2017. The couple is often spotted chilling with each other’s family members during festival and parties.

Their film Brahmastra is helmed by Ayan Mukerji. It also stars Amitabh Bachchan and Mouni Roy in pivotal roles. Brahmastra will be Ranbir and Alia’s first film together.

Guess Who – Director & Actor Had Separate Choices For Leading Lady